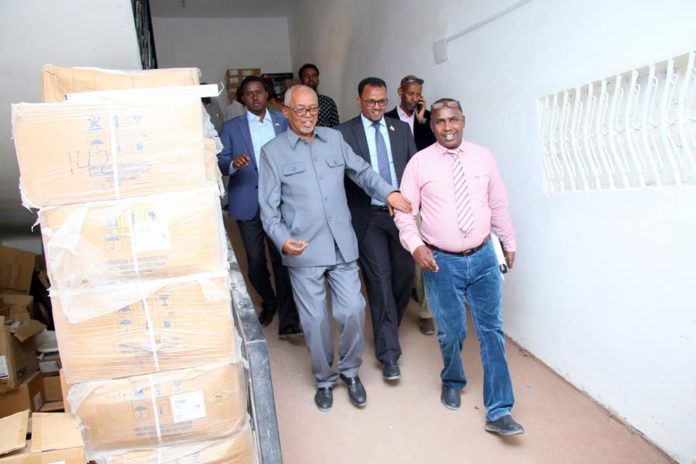 The VP at the same time witnessed the arrival of two bulk containers that held medical supplies and associated appliances donated by the Diaspora Community in Sweden.

The VP hailed the diaspora community for what he termed as “constant support” to their country.

He said, “I profusely thank the Diaspora communities who have been at the forefront in reconstruction since the re-assertion of the country’s independence”.

He added that their support was known to all hence could not be denied by anyone.

He noted that for the past three decade. The medical appliances that were in the hospitals were through the patriotic donations of the diaspora community.

The deputy health minister explained that the two containers that arrived courtesy of SOM Sweden had their transportation costs footed by the ministry.