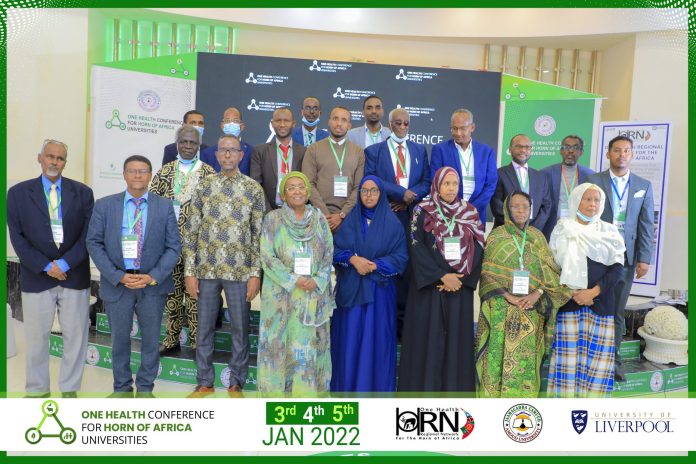 A major health conference whose theme is “One Health Conference for Horn of Africa Universities” brought together universities top dons from the Horn of Africa, viz. Somaliland, Ethiopia, Djibouti, Kenya and Somalia. The summit was convened by Amoud University, which was also its venue.

Similarly, the University of Liverpool in the UK, UN organizations, other INGOs of repute and local NGOs, and three line ministries (Environment, Health and Livestock), plus various experts and senior expert physicians were part of participants in the consultative discussions on important health related topics affecting this part of the continent.

The director of research and social services at Amoud University Mr. Yusuf A. Hareed who is also the chair of the conference, highlighted the importance of the health conference and its potential impact.

The summit which had also virtual attendance by Horn of Africa Universities and experts from around the world focused on ways and means of unifying environmental, health and general diseases into “One Health” programmed outreach  for ultimately significant and comprehensive decisions.

The conference that took place for three days ended on Thursday, 6th of Jan, 2022, was issued a declaration, where agreed points included:

Mr Yusuf, Director of Research at Amoud University, said the Horn of Africa University Health Conference was a success and that its purpose had been achieved.