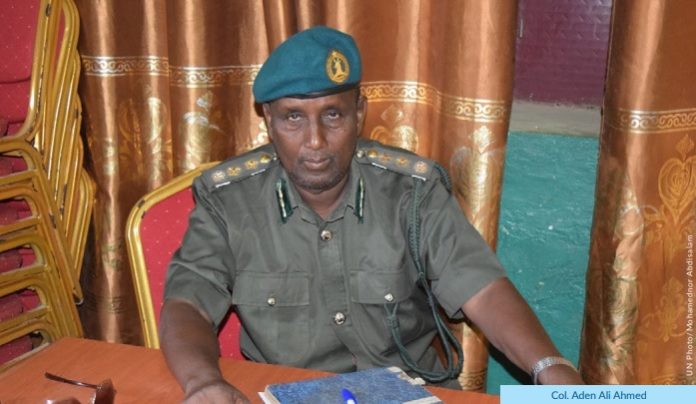 The decision of Ahmed Salat (not his real name) to join the ranks of Al-Shabaab had nothing to do with religion.

He was serving in the ranks of the Somali National Army and became frustrated over time with the sporadic payment of his salary as a foot soldier.

The father of four defected to the jihadist movement in the hope of receiving a more reliable stream of income with all those mouths to feed at home.

“I opted to join Al-Shabaab to get a better life,” says the 28-year-old Salat. “Nothing else motivated me.”

He fought on the front lines of the Islamist insurgency for nearly three years until he was captured by government forces in Somalia’s South West State. Sentenced to the central prison in the state’s interim capital of Baidoa, Mr. Salat enrolled in a psychosocial rehabilitation programme that seeks to prepare inmates for a successful, post-imprisonment re-integration into their communities and reduce the likelihood of their return to violent extremist groups.

Mr. Salat recently completed his sentence and is now applying the skills he learned to good advantage as a civilian.

“I gained multiple marketable skills and am now running my own business that employs between three and four people every day,” he noted. “I feel lucky for the support we were offered.”

The programme was in large part the brainchild of the UN Assistance Mission in Somalia (UNSOM), which was also instrumental in obtaining the necessary funds for launching it.

The concept was produced by the UNSOM Joint Justice and Corrections Section, which drew on a similar programme in a Jordanian prison facility, and the Mission secured monies from the UN Peacebuilding Fund for the pilot phase that kicked off in March 2016.

The initial batch of inmates numbered 22, and a Swedish corrections officer named Amelie Runesson who had been seconded to UNSOM as Government Provided Personnel oversaw implementation of the pilot phase.

The successful outcome of the pilot phase caught the attention of Ms. Runesson’s own government, and funding for a second phase arrived from Stockholm in July 2017.

The programme is implemented by the Mogadishu-based Centre for Research and Dialogue (CRD), which has a ten-person team assigned to Baidoa who includes two religious case workers, a psychosocial case worker, a teacher, a rehabilitation officer, a re-integration officer and a sports and recreational case worker, among others.

The CRD team also works with a committee of seven village elders who meet with enrolled inmates on a regular basis and also accompany them to their own communities to prepare residents for the inmates’ eventual return.

“It’s a very successful programme, and we get more and more prisoners who want to enrol in it,” says CRD executive director Abdullahi Haji. “People are happy to be coming back to their communities.”

Funding for a third phase was released by the Multi-Partner Trust Fund on 27 June.The commander of Baidoa Central Prison is one of the programme’s biggest backers.

“These high-risk prisoners are educated about how our religion forbids the killing of innocent persons, the extortion of private citizens and the perpetrating of suicide attacks,” says Col. Aden Ali Ahmed of Somalia’s Custodial Corps.

“It is good that we rehabilitate Al-Shabaab prisoners instead of executing them. Killing them is not a solution, it only fosters animosity, which in turn increases the number of terrorists’ supporters.”

Col. Ahmed is the first to admit that winning the trust of hardened ex-jihadist fighters was no easy task.

“They used to say, ‘you are apostates, don’t come near us,’” he recalls.

“But after tireless efforts to coach them on the correct interpretation of Islamic teachings and engage them in robust debates, all the high-risk prisoners acquired a positive understanding of Sharia law.”

A total of 44 Baidoa prison inmates have participated in the programme to date. The chief of the UNSOM Joint Justice and Corrections Section sees the programme as compelling proof of the beneficial effects of a comprehensive rehabilitation initiative that is tailored to the special needs of addressing violent extremism and the experiences of the participants.

“It is special because it is multi-dimensional and focuses on the damage that violent extremism has inflicted on the prisoner,” says Mitch Dufresne, a Canadian lawyer who joined the Mission in 2013.

“And it could not have been launched and implemented without the support of community leaders, the local population, donors and Somali government officials all working together with UNSOM and the CRD to address the root causes of violent extremism.