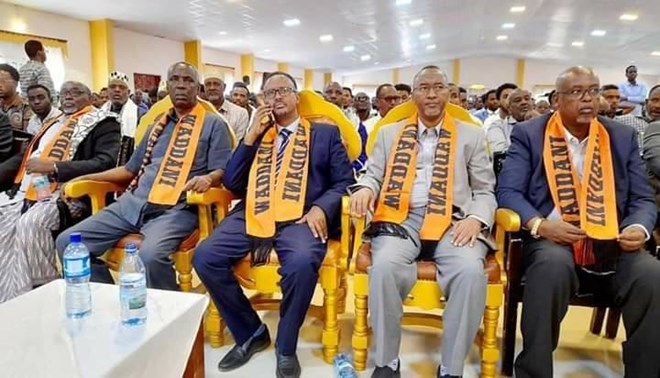 The People of Somaliland achieved to build on customary traditions in conflict resolution, resulting in sustained peace and stability. From 1991 – 1997, there was a series of inter-clan conference were clan elders come to gather to form and establish Somaliland with stability and functional government.  It was not difficulty for Somaliland to manage its affairs independently in the Horn of Africa- a volatile region and currently deserves to gain International recognition due to its maintenance of a good political system, government institutions managed by an elected government.

Transforming from clan-based to democratic Nation, Somaliland has held six national elections since 2002. This is a relatively inspiring democratic record with elections have been held reasonably in a free and fair manner.  According to an article saying “Saving Somaliland Democracy from Failed Political Parties” published in February 2020, the country faced a stalled electoral process which plunged Somaliland into a serious political crisis that could have got into a destabilization.

Despite conducting multiple presidential polls, the parliamentary elections were long overdue. The first and only election of Somaliland’s Lower House was in 2005. Since then, the parliamentary mandate used to be extended. This means that the long overdue to be held in 2021, whereby all 82 members of the House of Representatives and various local offices will be elected.  Holding such elections, the hopes of the nation is being revived and will be steps taken for the right direction to improve the democratic governance in the social, political and economic development in the country.

After ten years, the people of Somaliland are now expecting to elect their representatives of the Parliament. Following the presidential decide to hold the elections 31 May 2021; the political parties are currently concluding the lists of the candidates of the House of Representatives and the Local Councils.  Thus, it is time for the people of Somaliland to decide their future and choose the right and appropriate candidates in the parliamentary and local councils.   We are in the process of political parties, the clan leaders and national electoral commission to come up with candidates putting the national interest first.

Everybody has seen on how our councilors and parliamentarians behaved and now the chance is for the people to choose an MP who has sympathy for them and is right into the position. Thanks for the government to fund the elections but I would call for our nation to respect the following characteristics when voting for a candidate:-

Muse Jeeh, a freelance writer based in Hargeisa  and can be reached on Majeex2004@gmail.com