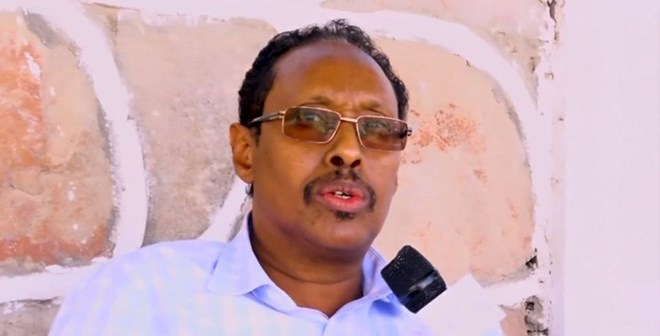 Hassan Yusuf Du’ale, a member of Somaliland’s newly elected National Electoral Commission on Monday has announced his resignation in order to pave the way for overcoming the parliament and local government elections barriers in Somaliland.

The member that has announced he has stepped down as NEC member has been the Justice and Welfare Party Representative out of the seven members.

He said that he took the decision to quit for the sake of the interest of the state.

“I have decided not to be part of putting Somaliland democracy in dark side. When I have seen the barriers to holding parliament and local council polls, I have respected the request from the national parties and I quit the post.” Du’ale said

He called upon other colleagues to follow suit him and tender resignations.

“I appeal to other NEC members to heed to wake up request from the national parties demanding them their immediate resignation.” Dua’le told

The new NEC members lost the vote of confidence of Somaliland opposition parties.

President Bihi has repeated on numerous occasions that he does not have the power to disband the new electoral commission unless they resign by themselves.