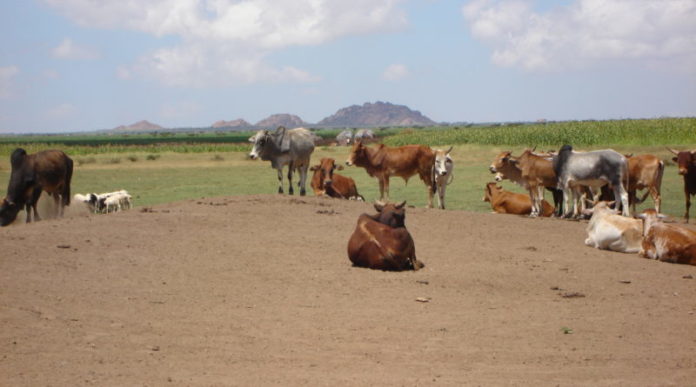 To: The President of the Republic of Somaliland
Mr. Ahmed M.  Silanyo

This article was first published in October-5-2012.
As the problem still exists and even worsened, republishing this article was sought warranted, at least to call the attention of the present Administration!

Introduction:
Tog-wajaale plains resources were a source of food, shelter and economic developmen for the Gabiley region population before the land was grabbed by the Somali successive governments and the owners of the land were displaced and chased away from their land.

The land was integral to the displaced community as guardians of their land for future generations. It played an important role in cultural, social and political relationships.

Tog-wajaale community depended a lot on their land resources and relied on the rural subsistence economy. The land was managed by the indigenous people there such that they divided it in to agricultural section, a grazing part and settlement part. They were better in land management then the successive governments who grabbed this plateau without Consultation, without consent and without Compensation!!!

The displaced Tog-wajale community relied on the (Banka wajaale)Tog-wajaale Pains resources to generate most of their livelihood. The uses of these resources were wide-ranging and adaptable to varying circumstances. The management of land-based resources–including cropland, grazing land, and settlement Sustainable management of land resources is very important. It underpins the achievement of sustainable livelihoods for the displaced Tog-wajaale community.

Part of the Tog-wajaale Plains was lend  to the military as a temporary program so that the military could grow wheat to support their families until the government finds enough financial resources for them.  That was during President Egal when we just librated the land.  That was sharing and compassion on the part of Tog-wajaale community, and was never intended total grab of Wajaale Plains by the military

Your soldiers changed that.  They started selling the grass! For that reason they are considered undesirable as far as the rural community there is concerned

Out of compassion and nationalism Tog-wajaale people agreed to share even when that was on the expense of the (owners) local people whose ancestors have lived this land for generations and whose livelihood depends on the animals graze there and the produce they grow from there.

On the other side Mr. President tell me any other community you would tell them “your camels can not graze your land, otherwise you have to buy the grass there as your soldiers did and doing to the compassionate Tog-wajaale community who accepted to share their land with the Military!” there is a clash of cultures there!

Tog-wajaale (Gabiley Region) Community’s livelihood has been destroyed by the successive governments in Somaliland.

Mr.President:
The compulsory and uncompensated seizure of land from their owners by your administration as was the case for your predecessors was and is illegal and uncalled for and it ought to stop.

Mr. President:
Remove your army from Tog-wajaale Plains otherwise they will be considered as an occupation army by the dismissed and displaced community there.

Economic strangulation against a people is not less than an act of war. Indeed it is considered an act of war under the law of common sense and under the international law as well.

The confiscation of Tog-wajale Plains from the villagers of Tog-wajaale which their livelihood depended on that piece of land for farming and for grazing without consulting and with out consent and compensation is illegal!. Your administration and the others preceded you denied them to farm. The military who were given to farm so that they produce their food from there did not do that. They sell the grass to the inhabitants who were driven away from their land and to the higher bidder too for their own profit!

The livelihood of these communities has been taken away by the army. Their farms have been taken away from them and they were told to pay the army if and when they need grass to feed their livestock!!  That is what is happening there!

Mr. President:
you not only have a huge responsibility here but you also have a tremendous opportunity to right the wrongs done on these decent farming and rural communities.

Mr. President you may or may not be fully informed such horrible things happened and happening now, however it happened and it is happening right now!
a)To intervene and  stop this robbery which never even happened during Siyad Barre’s Regime right away is the right thing to do immediately
b) To investigate and punish the arbitraries of this cruel act is second.
c) To pay compensation to the Tog-wajaale farming communities is third.

1, d) To give the land back to their owners who can manage and produce food better than the army or Government is indeed the right way to correct the wrongs done before.
That way is the right way to address such serious and shameful acts against loyal citizens.
Not to do something about this is the height of irresponsibility on the part of your administration and on the part of all concerned.

The administration of justice is the unyielding pillar of a credible government.

President:
The dismissed and displaced Tog-wajaale villagers are calling for justice, not more not less. They could take the law in to their hands like the rest of Somaliland communities do and by that they are heard very well! The Gabiley people did not do that but they insist their rights be restored in a legal and peaceful manner. Clash of culture!

How sharper than a killer snake’s teeth, it is to have a thankless administration which allow injustice take root against the very people who were the first community to repel the criminal regime of Siyad Barre and as a result founded this Republic.

As an informed person and a witness of how much Tog-wajaale community paid for this Republic in blood and treasure more than any other community, being the home of “Afraad” regiment and how much they defended and supported you and how much they delivered to win the presidency, they were not expecting this (injustice) return from your administration! You wouldn’t allow this to happen in your region or in any other place, would you sir? Why Tog-wajaale community then!?

Tog-wajaale community was denied to feed their animals in their ancestral pastoral land unless they pay the government soldiers for the grass there! Can this happen in your tribal land Mr. President? The answer is no, therefore why are you accommodating and or tolerating this unseen injustice to affect the first Mujahedeen of Somaliland!

They never thought they will get such rotten return from their sacrifices!

Tog-wajaale rural community wondered whether the right path to gain back their land and their rights from those cashing in the grass their animals would be grazing is “kalshaale and Buhoodle”way! It seems that violence pays in your administration while decency,peace, compassion and sharing do not pay. In fact the later is considered weakness as it is apparent here in Tog-wajaale case!

Let the indigenous inhabitants of Tog-wajaale Plains use their land and let the outright robbery and land grabbing by the government soldiers be stopped and stopped now.

This Evil enterprise must be stopped, unless there is a hidden agenda to destabilize Somaliland which I don’t think there is  I however call you Mr. President not to push these decent nationalist Mujahedeen who paid a lot of blood and treasure to create this Republic to call your soldiers an occupying army with all the consequences entailing this declaration! Consequences included questioning the honesty and the legitimacy of your government. I hope it never goes that far.

Unfortunately your soldiers have grabbed this land and refused the inhabitants to feed their animals in their own land unless they pay them!

The communities there don’t want to lose their land to shameless careless and corrupt entity with guns because they want their children to inherit it and not move away from the area. It is their land, it is their livelihood, it is their right and it is your responsibility to protect their rights. Let us not push the decent community to a fight a fight they already fought and won.

1-Let us not re-live the experience of death and destruction. Let us not “Kalshalize” the matter. I think we are better than that. Mr. President, call your soldiers back to where they belong. Back to the barracks.

I hope you heed our call and take action and remove your soldiers from Tog-wajaale Plains as soon as possible. they must stop selling the grass to the highest bidder forthwith,
2-Let the indigenous owners of the land own their land back.
3-let the owners of the land grow crops from their taken away farms and let them feed their animals the grass that grows there, and in that way the government will get even more revenues. They are givers and not takers. Takers take more and givers give more. The parasites are respected but the givers gets rap instead; in your administration and others before you. That is a nomadic culture infused in to governance. This does not have a place in a government from the people and for the people.

Dispensation of justice is needed here even when it is late and even when the nomadic instinct of not appreciating decency is bothering us.

Peace and prayers for those who may heed thus act.
Mr. Ibrahim Mead