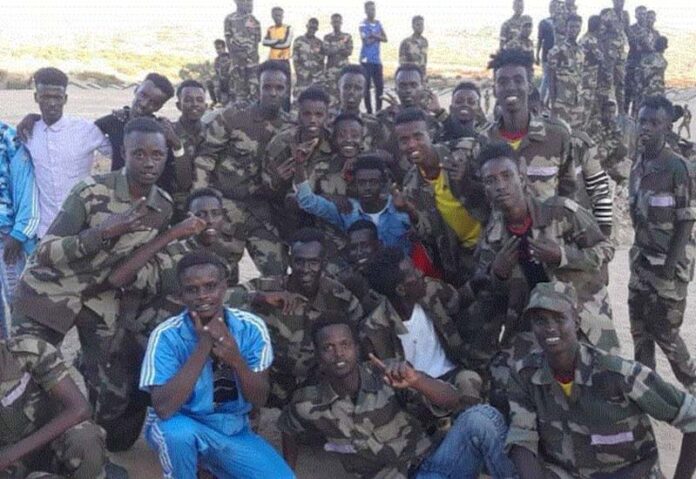 400 Somali recruits were killed by Eritrean troops in several military training bases, thousands of others deployed to take part in Ethiopia’s war and many more have been thrown into forced labor, an escaped recruit has told on Monday.

Abdulkadir Abshir, who claims that he escaped Eritrea, says he was taken to a training camp in the early months of 2020 and completed training after six months, adding that he and his follow recruits were forced to remain in the camp under harsh living conditions.

The recruits, who have been missing since 2019, have no sufficient access to medications and food, many have died from diseases, according to Abdulkadir, who also reports clashes between the Somali military trainees and Eritreans, that left dozens of unarmed recruits dead.

More than 5400 young men had been taken to Eritrea for a military training, who were removed to three separate camps and most of them are held at facilities for “ransom” after the Somali Federal Gov’t failed to pay expenses claimed by Eritreans for the food, drinks, and medicine costs, he added.

Somali government has not yet commented on the claims. Several other young men, who said they had escaped Eritrea.

The soldiers would be returned home and it is not yet clear why the government is dragging its feet to bring the recruits back to their country more than two years after most of them had completed training.