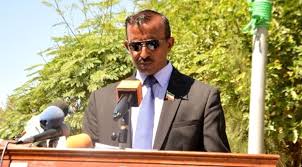 Re: APPRECIATION NOTE with regard to Somaliland’s recognition, endorsed by Birmingham City Council on Monday 8th July 2019.

This brave and bold action by Birmingham City Council where they practically tabled the motion and subsequently voted overwhelmingly in favour of Somaliland’s recognition will be forever something engraved in the hearts and minds of the people of the Republic of Somaliland wherever they are.

Further, in this opportunity I would like to extend my profound and deep appreciation to the Chief Executive and the whole Council Management Team of Birmingham City, Political Parties Leaders, the cultured residents of Birmingham City and the people of the UK at large, in gratitude of the acknowledgment of our essence of being in support of Somaliland people’s foremost aspirations: the attainment of full recognition.

I would also like to send my congratulations to the Somaliland Community living in Birmingham and elsewhere in the United Kingdom for their incredible perseverance and venture to secure Birmingham City Council’s motion on Monday July 8th 2019.

As an EU citizen who use to live in Birmingham City, this bold and brave move by Birmingham City Council to recognise Somaliland surely has much more meaning and value to me. I am incredibly proud that I have been a resident of this beautiful city.

Message to the International Community:

For the last 28 years Republic of Somaliland has succeeded to nurture legitimacy and trust in the eyes of its own people and cultivating a sense of external legitimacy as a fundamental part of the pursuit for recognition. The people of the Republic of Somaliland have shown to the outside world their perseverance, resilience, nation spirit, value, belief and exceptional quality with respect to dealing with universal norms and values regarding democracy, peace and stability.