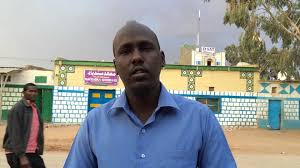 According to the reporter Abdiqani Dawlad said his lawyer had not been informed, and that no one knew when he was picked up from jail, and the court sentenced.

It is the second trial of the journalist sentenced to three years and six months in prison, though another appeal is pending, but according to reports he has refused to take another appeal to the Supreme Court.

“Abdimaalik Muse Oldon has lost confidence in Somaliland’s judiciary and justice system and will not appeal to the Supreme Court,” said Oldon’s Lawyer Jamal Mandela.

Journalist Coldoud is accused of making comments about the president of Somaliland and spreading false rumors about Abaarso school owned by foreigners.