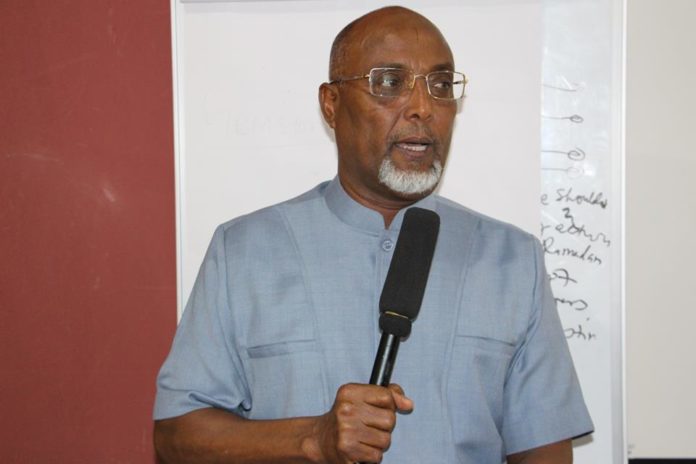 Last week, the Minister of Energy & Minerals of Somaliland, His Excellency Jama Mahmoud Egal, has issued a directive banning the import of Metal Detecting Devices used for gold prospecting etc. On the same day, there were International press reports indicating that Sudan has exported some 79 tons of gold during the first 9 months of 2018. Earlier, the Government of Somaliland has barred the people of Sanaag Region from prospecting for gold from the mountains of that beautiful region.

The respected Somaliland Minister should be made aware that in Sudan the government there gave its ordinary people the greenlight and the proper licensing to engage in wide scale mining for Gold. Consequently, the people have organized themselves into cooperatives, partnerships and companies, and with the assistance and guidance the government they have embarked of an African Gold Rush. A Sudanese friend so mine has moved back home, joined this gold rush, and has since made fortunes. The revenue that Sudan has generated from 78 tons of gold they have exported in 9 months could be estimated at USD 2.7 Billion based on the fact that one Ton equals 1,000 kilo and a kilo is equivalent to 45.2 ounces, whereas one ounce is nowadays sold for about 1,000 USD.
78 Tons = 78,000 Kilos
78,00 Kilos x35.2 = 2,754,600 Ounces
2,745,600 Ounces x1000 = 2,745,600,000 Dollars or USD 2.745 Billion
This is almost 10 times the annual Budget of Somaliland Government.

Against this background, we are aware that the vast majority of our people are below the poverty line and the recurring drought has also deepened their suffering. Thousands of rural people have lost their livestock, become destitute and desperately moved to the towns, where have setup shanty houses and live in miserable conditions. If these helpless people are allowed, or rather encouraged, to extract gold and gems from their Land, thousands of families will be able to improve their standard of living and contribute to the country’s economic growth.

In this context, my message to His Excellency Minister J M Egal is as follows: Your Excellency, you are fully aware of the plight of the vast majority of our young men and women. You need to reset your priorities. The outdated regulations and the obsolete bureaucracy at your ministry should be mended and amended to suit the dire needs of our citizens given the tough times they face. You should leave no stone unturned to enable these men and women extract the treasures of their Soil. Any other considerations or agendas should be treated as secondary and shelved until such time when the people can make a living otherwise. The metal detectors that you have banned are publicly sold in Dubai for prices ranging from USD 3,000 to USD 10,000. Instead of risking their lives in human-trafficking on the high seas, let the youth buy these Gold detecting machines and engage in “Somaliland Gold Rush”. The role of your Ministry should be the facilitator and not the obstructer of people’s livelihood.\