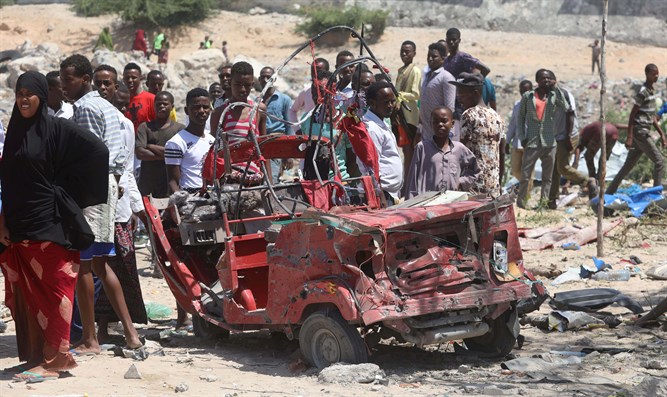 At least six killed in car bomb attack on government building in Mogadishu. 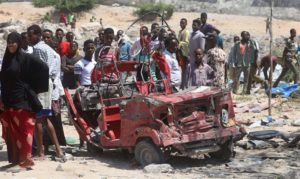 Civilians look at remains of rickshaw destroyed at site of blast

Al-Shabab claimed responsibility for today’s attack in Somalia’s capital Mogadishu. At least six people were killed in the suicide bombing attack on a government office building.

It was reported that the explosion destroyed the building, and also collapsed a school located adjacent to it.

A government spokesman told reporters at the scene that three of the dead were members of security forces who prevented the terrorist from running the car bomb through a checkpoint. The terrorist detonated the explosive device near the entrance gate to the Hawlwadag district headquarters.

The spokesman said the other three were civilians. The Mogadishu ambulance service reported that 14 people – including six children – needed intensive care. Among the wounded were district Deputy Governor Ibrahim Hassan Matan.

Al-Shabab, affiliated with al-Qaeda, aims to topple the Somali government.