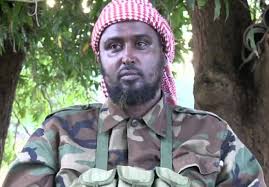 Al-shabab militants appointed a seven-member committee on Wednesday, which are tasked to contain the spread of the deadly coronavirus pandemic. The militants stated that those in the committee are doctors, religious scholars and intellectuals who are responsible for bringing remedies to curb the spread of the disease. The appointment of the committee comes after a meeting held by top brass leadership which overwhelming threw their weight behind the members. “The committee consists of experts who we believe will assist us to tackle this monster which puts the population in harm’s way. They will review the steps that will be taken to curb the spread of the disease,” reads the statement Al shabab claims that the disease is a western weapon to punish homeless people around the world who only crime is poverty. The statement informs that all residents must comply with the guidelines that the experts will issue. The statement was released by the spokesman of al-shabab, Sheikh Ali Dheere, who said that al-shabab promises to keep its members and the population safe from the risks of Covid-19. Reports indicate that large numbers of the population in Mogadishu which is the hot spot of the pandemic have fled to the remote villages in southern Somalia for the pat couple of weeks in a bid to avoid contracting the disease which hard hit Mogadishu, Somalia’s war-torn capital. Al-shabab decision comes amid fears that the movement of the population could increase risks of the infection.