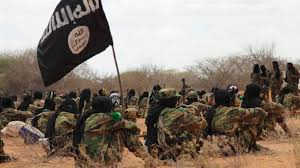 According to regional officials in Gedo, they were abducted from Geedweyne village which is about 30km east of Dollow district.

The two male aid workers were Somali nationals and are identified as: Mohamed Suubow Abdulle and Abdullahi Rashiid (Eng. GBS).

Officials in Gedo region say the aid workers were in Geedweyn village for humanitarian mission when the militants attacked and kidnapped them.

There were no more details about their fate as of Wednesday.

The armed group Al Shabaab has banned International and local aid agencies from operating in areas under its control.

Last year, a German nurse with the International Committee of the Red Cross (ICRC) has been kidnapped in Somalia’s capital Mogadishu.