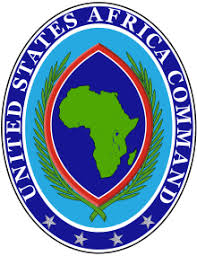 The attack against the Islamic State is the fifth against the terror group this year. All five operations have taken place since April 14 and were located in northern Somalia (four in the Golis Mountains, and one in Xiriiro). The April 14 assault killed Abdulhakim Dhuqub, the group’s deputy emir. Two of the offensives targeted Islamic State “encampments” in the Golis Mountains and killed 17 fighters. Today’s strike is thought to have killed two Islamic State members.

The May 22 operation against Shabaab, which took place in Baled Amin in southern Somalia, is the 33rd against the group since the beginning of the year. Two Shabaab fighters are estimated to have been killed.

AFRICOM has been very clear in its press releases and public statements that the operations against Shabaab and the Islamic State are designed to “degrade” the groups and not defeat them. In the press release announcing the May 22 targeting of the Islamic State, AFRICOM was straightforward that it was executed as part of a “a deliberate campaign to limit and disrupt freedom of movement in the area and to eliminate leaders of the organization.”

AFRICOM’s own commander has stated as much. In testimony before the Senate Armed Services Committee in February, AFRICOM Commander Marine Gen. Thomas Waldhauser said the strikes were designed to support the Somalia government, which is struggling to battle Shabaab and regain control of the country, and not defeat Shabaab.

“At the end of the day these strikes are not going to defeat al Shabaab, but they are going to provide the opportunity for the Federal Government and the Somali National Army to grow and assume the security of that country,” Waldhauser told the Senate Armed Services Committtee.

“We know that [strikes against Shabaab] are causing problems, we know that they are deterring. It is an open question as to how much,” he continued.

The US and neighboring African countries have been battling Shabaab for more than a decade. Despite the US operations, Shabaab maintains an effective insurgency. Shabaab controls large rural areas in southern and central Somalia, and continues to threaten Somali cities and towns.