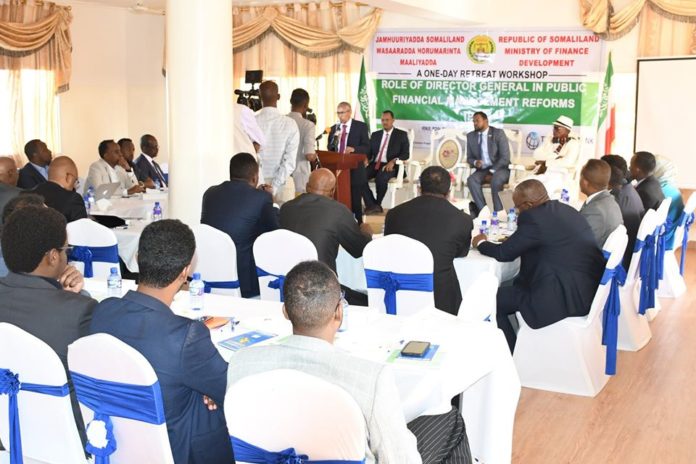 The PFM Coordination Department has conducted A One-Day Retreat Workshop for Director Generals of Ministries, Departments and Agencies on February 23, 2020, at Royal Palace Hotel, Hargeisa.
The workshop was aimed to familiarize Directors with their roles and responsibilities in fulfilling the PFM reforms in their respective institutions and to seek and secure their commitments and collaboration to ensure the success of the PFM reforms.
In his opening remarks Dr. Saad Ali Shire, the Minister of Finance Development has highlighted the significance of the role of Director Generals in the PFM reform processes, as change agents.

The PFM is designed to improve the government’s capacity and systems to utilize public funds, towards meeting the National Development Plan (NDPII) goals and those of Vision 2030.