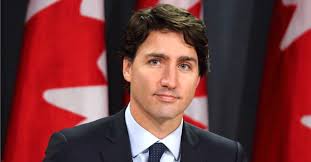 I write to you on behalf of Roadmap to Recognition. We are a group of twenty Somaliland Canadians residing in Canada from coast to coast. We would like to draw your attention to the concerns of Somalilanders in Canada.

We strongly feel that Canada has more to do for Somaliland’s plea for the recognition of Somaliland as a sovereign state. The current 5th government was elected by one person one vote.

Somaliland has fulfilled all pre-requests and requirements to be recognized as a sovereign country. Canada ought to be a champion and rally for “The Best Kept Secret in Africa” as one of the most renown academic leaders, Iqbal Jhazbghay, described Somaliland in his 2009 book. Peter Pham the current undersecretary of the Trump administration has written extended books and articles on Somaliland’s achievements. The time for Somaliland to be brought in from the cold into the tent of the global communities is overdue.

We believe we deserve that recognition and the world has to pay attention to us.

Our request is for the Canadian Government to give us a chance to demonstrate peace, security and stability in the Horn of Africa, which is in fact the most volatile region in the world. Simply ignoring Somaliland doesn’t serve any purpose. Fifty-eight percent of Somaliland’s population is youth under the age of thirty-four. Due to high unemployment, frequent droughts and a lack of global recognition, young people are especially vulnerable. Often, they are compelled to risk their lives by travelling to North Africa. Many will take a make-shift boat from Libya across the Mediterranean to Europe for greater opportunity. They risk their safety and their lives. In addition, a vast majority become radicalized by the lawless tribes in Libya.

Somaliland is more democratic and peaceful than the majority of our neighbouring countries in the Horn of Africa. Somaliland has thus far conducted five democratic, free and fair elections the last of which was the 2017 Presidential election.

Somaliland is not separating from Somalia, it’s merely reclaiming its hijacked independence from the illegal and ill-fated union with Italian-Somaliland . Prior to 1960, Somaliland was a separate entity called Somaliland Protectorate under the British rule. It had its own boundaries demarcated by the two colonial European powers, Somaliland under Britain, likewise Somalia under Italy.

Unfortunately, Somaliland decided to unite with Italian-Somaliland voluntarily in search of a greater Somalia unification of Somali regions (Northern Frontier District, Djibouti and Somalia) in East Africa. Ironically, there’s no ratification signed by either party. For this reason, Somaliland was able to secede from Somalia unilaterally and is still advocating for countries like Canada to recognize its sovereignty.

Somaliland seceded from Somalia in 1991 after the dictatorial regime collapsed and eventually disintegrated completely. Somaliland has continually reclaimed its independence from a failed state of Somalia. Somaliland has an enormous expectation from Canada to lead the way for full-fledged recognition of our independence. Canada must do more for Somaliland, as Canada has been historically known as an international champion to safeguard human rights, democratic values and justice. Again, Canada ought to take Somaliland’s ultimate ambition into consideration.

Somaliland held a referendum in 2001-2002 to test public opinion on how to best move forward. The outcome was overwhelmingly against reconciling with Somalia ever again. That was seventeen years ago. The youngest eligible voters back then now are in the mid-thirties and we have not yet gained global recognition.

If Canada is reluctant to recognize Somaliland as an independent sovereign nation, we recommend Canada’s foreign affairs minister, The Honourable Chrystia Freeland consider the following:

In the meantime we as a group are willing to work with the Canadian Government in every way we can. We trust that as a fair-minded leader, you will reach a fair decision by taking the necessary steps to recognize the Somaliland Republic as a sovereign nation. Ultimately, this will allow Somaliland to be a permanent member of the United Nations. Somaliland will be a great ally to Canada and a valuable member to have at the United Nations.

Somaliland made several attempts to present its case at the African Union and the Arab League without success. Most African and Arab League countries are run by unelected rulers.  Consequently, they are inherently unsupportive of Somaliland’s democratic system and the rule of law.

Somaliland has made great progress since 1991. It has its own currency, secured boarders, well monitored coastline, police force, military capabilities, banking system and accepts refugees from around the world. We have been able to negotiate international treaties with DP World and recently signed a tri-lateral agreement, between Ethiopia, UAE and Somaliland worth almost a half billion dollars US.

Seven countries have permanent consulates in Hargeisa, the capital city of Somaliland, however Canada’s presence in Somaliland remains a mystery. Genel Energy PLC is planning to explore off-shore gas with the goal of pumping commercial grade gas early this year. The People’s Republic of China is currently having talks with the Somaliland Government to be a commercially and economically engaged in Somaliland.

Somaliland is situated in a very strategic location. Over 100 million Ethiopians rely on Somaliand’s main port of Berbera for import/export. There are a lot of opportunities for Canada in the the technology sector. Most of Somaliland’s natural recourses are untapped. Canadian companies would benefit if Canada makes its presence known in Somaliland.

We appreciate your consideration and look forward to continuing the discussion. Please contact us at 1 780 399 5214.