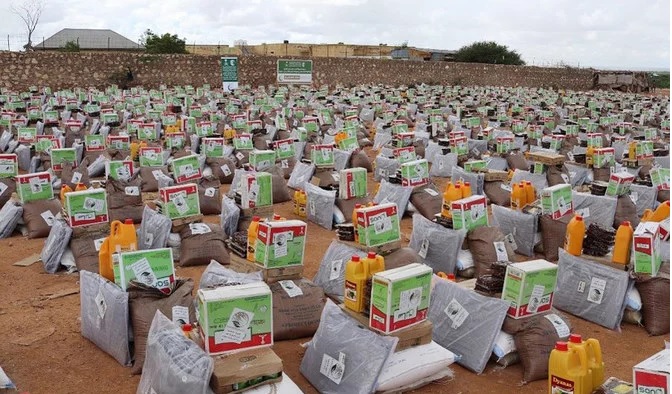 Through the King Salman Center for Relief and Humanitarian Action, Saudi Arabia sent 15,400 food parcels weighing 1,386 tons in Hargeisa, Somaliland, which benefited 92,400 individuals, in cooperation with the National Authority for Drought Control and Food Security in Somaliland. According to Was.

The President of the National Authority for Drought Control and Food Security in Somaliland, Faisal Ali Sheikh, valued the initiatives of the Custodian of the Two Holy Mosques King Salman bin Abdulaziz and the King Salman Relief Center and their permanent support to their brothers in Somaliland, as well as the efforts of the Center’s branch in Africa to follow up the humanitarian situation in Somaliland, and provide urgent relief to the needy, affected and vulnerable groups .

The assistant director of the center’s branch in Africa, Yusef bin Bakhit Al-Balushi, said that despite the Corona pandemic that spread the world and cuts international flight between all countries, the King Salman Relief Center continues to provide assistance to our brothers in Somaliland, where 2,700 tons of food baskets were allocated to 30,000 families weighing one basket 90 kilograms is enough for a month, adding that 2,600 food parcels were delivered to volunteer teachers in Somaliland, which are distributed according to the mechanisms used by the center.