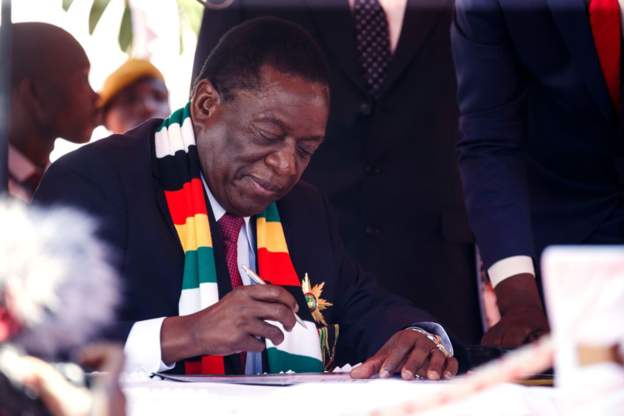 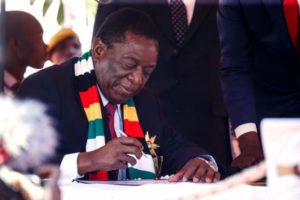 Zimbabwe President Emmerson Mnangagwa has unveiled a 20-member cabinet following his victory in the 30 July elections.

It’s a leaner cabinet – down from 33 to 20 ministers. There are no opposition members in the new team which has eight new faces.

Mr Mnangagwa also appointed the chairperson of the ruling Zanu-PF party – Oppah Muchinguri-Kashiri – as defence minister, taking away a key security portfolio from Vice-President Constantino Chiwenga, the retired general who led the coup against Mugabe.

Other key figures from the military who held on to their cabinet roles are Sibusiso Moyo as foreign minister, and Perence Shiri as agriculture minister.

Critics say there is still too much “old blood” in this cabinet because many of the old ministers remain.

Others said that President Mnangagwa had a delicate balancing act of pragmatism versus outright change.