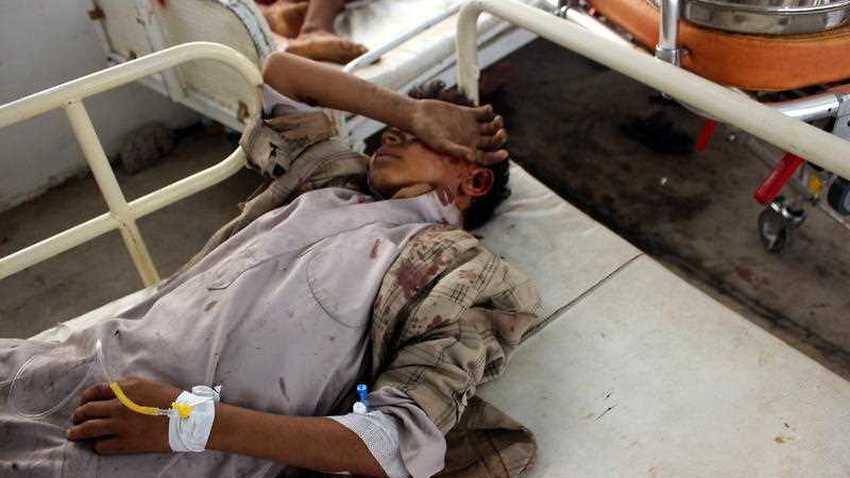 The International Committee of the Red Cross said the strike hit a bus filled with children at the Dahyan market in the Houthi stronghold of Saada. 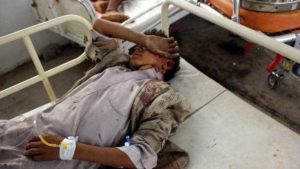 An attack on a bus at a market in rebel-held northern Yemen killed at least 29 children Thursday, the Red Cross said, as the Saudi-led coalition faced a growing outcry over the strike.

The coalition said it had carried out a “legitimate military action”, targeting a bus in response for a deadly missile attack on Saudi Arabia on Wednesday by Houthi rebels.

Coalition spokesman Turki al-Maliki told AFP that claims by aid organisations that children were inside the bus were “misleading”, adding that the bus carried “Houthi combatants”. 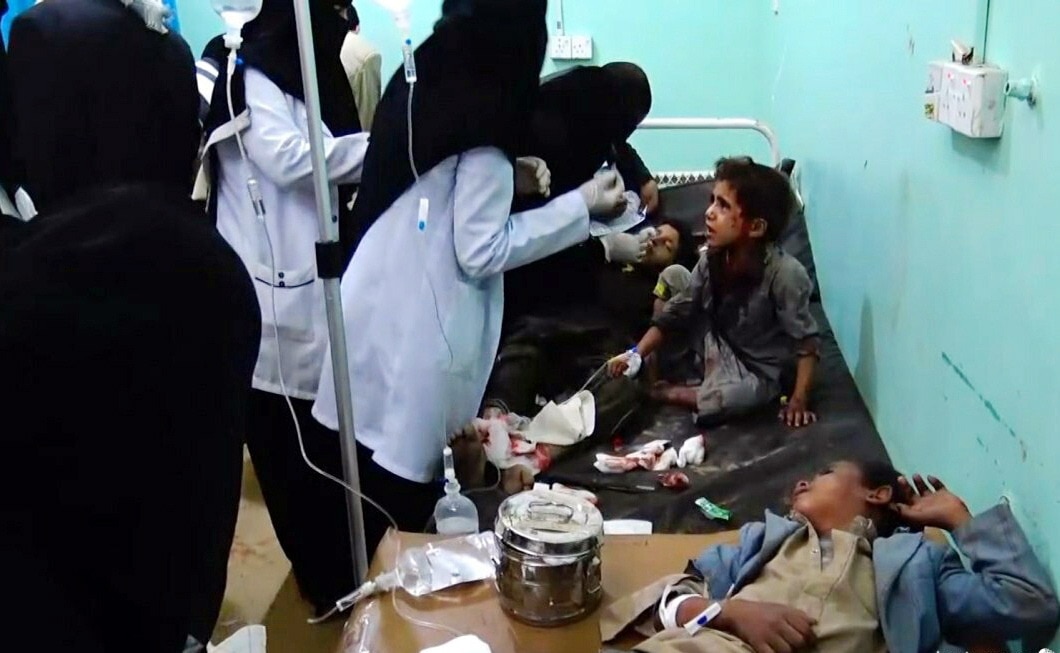 The International Committee of the Red Cross said the strike hit a bus filled with children at the Dahyan market in the Houthi stronghold of Saada.

“A hospital supported by our team in Yemen received the bodies of 29 children under the age of 15 and 48 wounded, including 30 children,” the ICRC said on Twitter.

A spokesman for the Red Cross in Sanaa told AFP the toll was not final as casualties from the attack were taken to several hospitals.

The Houthis’ Al-Masirah TV, quoting the rebel health ministry, reported that 50 people were killed and 77 wounded, “mostly children”, though it was not possible to verify that toll.

The Save the Children charity, quoting its staff, said that at the time of the attack the children were on a bus heading back to school “from a picnic when the driver stopped to get a drink”.

“Save the Children condemns this horrific attack and is calling for a full, immediate and independent investigation into this and other recent attacks on civilians and civilian infrastructure,” it said. Geert Cappelaere, the UN Children’s Fund regional director in the Middle East and North Africa, said the children were “reportedly under the age of 15”.

“Does the world really need more innocent children’s lives to stop the cruel war on children in Yemen?”.

Doctors Without Borders (MSF) said “civilians continue to pay the highest price after three years of war in Yemen, thousands of them have been killed, injured or maimed”.

Footage provided by the rebels’ Ansarullah Media Centre showed a number of wounded children lying two to a hospital bed, while in a separate shot medics tend to casualties in a crowded room.

This morning a bus carrying children in Yemen was attacked.

Scores of dead and wounded are being treated by our medical teams in Sa’ada the attack in Dahyan Market.

The majority of our patients are under 10 years old.

The coalition, which also includes the United Arab Emirates, intervened in 2015 to try to restore the internationally recognised government after the rebels drove it out of the capital Sanaa.

Coalition spokesman Maliki confirmed the strike had hit a bus, telling AFP “the elements inside the bus were Houthi combatants”.

He said the rebels have “ballistic missiles threatening our national security, Saudi cities and villages on the border. The attack today was a follow-up process to neutralise that threat”.

Earlier, Maliki accused the Houthis of “recruiting child soldiers, throwing them in battlefields and using them as tools”.

Saudi Arabia shot down a missile fired by the Houthis on Wednesday, with debris killing a Yemeni man and wounding 11 others, the coalition said.

The missile was fired from the rebel-held Yemeni province of Amran towards the Saudi city of Jizan, the coalition said.

The Houthis have in recent months ramped up missile attacks against Saudi Arabia, which Riyadh usually says it intercepts.

Wednesday’s attack brings the tally to 167 rebel missiles launched since 2015, according to the coalition, which that year joined the Yemeni government’s fight against Houthi rebels.

On August 2, attacks on a hospital and a fish market in the strategic rebel-held port city of Hodeida killed at least 55 civilians and wounded 170, according to the ICRC.

The coalition denied responsibility for those attacks.

“This latest air strike, only a week after the attacks on Hodeida city, demonstrates a continued disregard for human life and suffering,” said Johan Mooij, the agency’s country director in Yemen.

“It is beyond cruel; innocent children’s lives have been lost.”

The war in impoverished Yemen has left nearly 10,000 people dead and unleashed what the UN describes as the world’s worst humanitarian crisis.

The United Nations envoy to Yemen, Martin Griffiths, last week told the Security Council “a political solution” to end the Yemen war was “available” and that the warring sides would be invited to talks on September 6 in Geneva.

UN-brokered negotiations on Yemen broke down in 2016 amid demands for a rebel withdrawal from key cities and power-sharing with the Saudi-backed government.