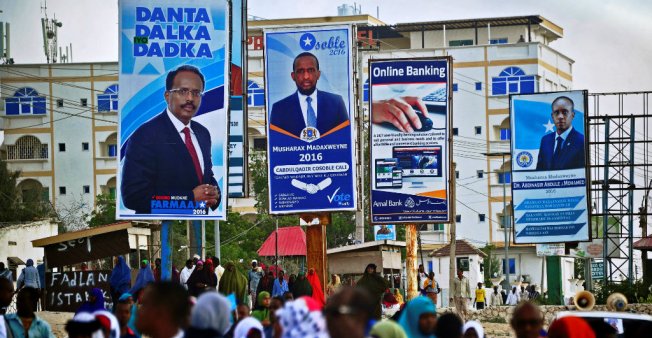 The international apparatus that was set up to “fix Somalia” is the main hoax for keeping it perpetually broken. As long as there are corrupt Somali politicians who are eager to legitimize the current system for their personal gains, the nation will remain at the mercy of international and local predators.

In the moral version of human history – expressed in the Quran, Bible, and Torah – corruption is considered the worst reckless impulse that caused men to fall from grace. It was the betrayal of trust and loyalty for purely selfish gains.

From that perspective, the root cause of corruption is individual moral shutdown, derailment or deficiency. On the other hand, modern-day scrutiny of corruption zooms in on institutions and good governance – professional and technocratic excellence and adherence to policies and procedures.

Much of this article will be dealing with the latter perspective, though no lasting solution to corruption can be found without considering the individual aspect. This could be the reason why corruption is scandalously ever-present in every aspect of the Somali government.

Ironically, if a “Corruption Hall of Shame” were inaugurated, the majority of the top 10 list would be Muslim rulers representing nations ranking high in natural resources. Somalia would be leading the list as it has the past decade. This is the direct result of a culture of impunity and a lack of anti-corruption teachings.

However, you would not have heard this from the former UN Secretary General’s Special Representative for Somalia Michael Keating. In his briefing to the Security Council last month, he said that Somalia has “a government with a compelling reform agenda anchored in strong partnership between President Mohamed Abdullahi Farmajo and Prime Minister Hassan Ali Khayre.” He continued by telling the Council members that “its centerpiece is to make the country creditworthy and accountable as a step to gain full sovereignty, reduce dependency and attract both public and private investments. IMF benchmarks are being met … and debt relief is closer.”

Well, of course. Somalia’s politicians are ready for more loans and dodgy deals such as Soma Oil and Gas, whose former Executive Director for Africa is the country’s current prime minister. Never mind the glaring conflict of interests.

Being instituted a few months after Somalia emerged out of its “transitional period” in 2012, the UN Assistance Mission in Somalia (UNSOM) was established as a central bank of the donor funds and to facilitate the reconciliation process. However, UNSOM gradually morphed into the carrot-dangler that lures all across the political spectrum, the gatekeeper of the political process, and the legitimizer of any selected new government through corruption as long as it does not challenge certain dubious deals such as Soma Oil and Gas and the massive IMF and World Bank debts.

Incidentally, the United Kingdom is Somalia’s penholder at the Security Council. In other words, the U.K. has the most powerful role in all Somalia related issues. It has the exclusive authority to draft resolutions and frame any debate on the country. All three UNSOM leaders were British (guerilla) diplomats, though the latest has South African citizenship.

If I was not blunt enough in the past, let me try again. The international apparatus that was set up to “fix Somalia” is the main hoax for keeping it perpetually broken. As long as there are corrupt or pitifully credulous Somali politicians who are eager to legitimize the current system for their personal gains the nation will remain at the mercy of international and local predators.

As long as there are corrupt or pitifully credulous Somali politicians who are eager to legitimize the current system for their personal gains, the schizophrenia – journey toward sovereignty – will continue and the nation will remain at the mercy of international and local predators.

In a 2013 article titled The Corruption Tango I wrote: “While robust functioning of all governmental institutions and policies of checks and balances are crucial to fighting corruption, the most crucial is the branch that enforces such policies.” Five years later, there is not an iota of improvement towards that end. The courts remain scandalously corrupt. Cash, clan, and connections are still the three most popular currencies in Somalia. Yet the current government audaciously claims it is committed to ending corruption.

Can a government that came to power through a manifestly corrupt process of purchasing votes through dark money “eradicate that sick mentality,” as Prime Minster Khayre said in 2017? Of course not, but it can manage perceptions and put on a good show for public relations.

Unlike its predecessor, the current government has a clever plan for distraction. They routinely carry out public prosecutions of petty corruption cases with media fanfare and public trumpet blasts while turning a blind eye to various shady deals that involve top officials within the government.

A few mega “corporations” practically own the entire country. Over the past two decades, these companies, especially those in the telecommunication business who are granted exclusive right to use the official gateway and country code without paying licensing fees or taxes, have been investing in keeping business as usual. It is an open secret how these mega companies co-opt key political actors by bringing them on board as stakeholders or through kickbacks to ensure their silence. Meanwhile, the old lady selling tomatoes under the scorching sun is routinely harassed by the municipality to pay her “public service” dues.

This widely accepted, flagrantly unjust clan-based system, known as the 4.5 system, remains the most potent force that maintains the culture of corruption and impunity in Somalia. Certain clans are guaranteed high ministerial positions. Once inside, these ministers are expected to suck as much as they can for their respective clans, themselves or both. Nepotism continues to be the most common practice in all branches of the government.

#Somalia 4.5 system isn’t z real problem. It’s z Orwellian mindset that “All (clans) are equal, but some (clans) are more equal than others”

Like the previous governments, the current administration facilitates key Members of Parliament and their family members with foreign medical services, scholarships for their children, and armored vehicles for protection.

Certain elements within the international community not only tolerate this corruption but also cultivate the right environment for it. Selected Somalian ministers may be granted easy access to funds for this or that project, or may be invited to some of those never-ending conferences in foreign cities. In return, these key individuals give those in the international community priceless cover, a patronage system, and a code of silence that sustains a two-way system of corruption.

Most of the Somalian ministers are members of the parliament, and the government is aggressively using whatever is in its disposal to co-opt the parliament. Only days after President Farmajo returned from his Qatar state visit in May, his office or the executive branch offered the Somali parliamentarians a deal none of them could refuse: an early vacation or recess and $5,000 cash per MP – so much for checks and balances.

These actions are to neutralize a restless parliament bent on advancing a “no confidence” motion to oust the current prime minister, whose long affiliation with the predatory Soma Oil and Gas and his draconian policies to silence opposition groups reached a breaking point.

You probably got the hunch now as to why a provisional constitution that fails to address key issues such as the national border has been the law of the land since 2012, why “constitutional reform” conferences are being held almost bi-monthly, and why the Constitutional Court and an Independent Reconciliation Commission are not established.

Corruption does not only erode public trust or causes division and malice. It squanders scarce resources and thus creates an existential threat. Impunity opens the gate for a culture of self-destruction (politically, economically, socially, and spiritually). Therefore, institutional tolerance of a culture of corruption is corruption.

Corruption is dangerous as it directly undermines security by making infiltration and intelligence compromise an easy endeavor. Terrorists have been going through checkpoints and security barricades very easily to reach their soft targets.

When it comes to corruption, there is no such thing as “bottom top” reform. There is only “top bottom.” Both the parliament and the executive branch are well aware of where to start if and when they become serious about fighting corruption. But knowing what kind of funky business it is in, the government remains too thin-skinned when it comes to scrutiny or criticism. 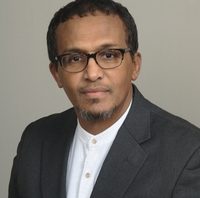