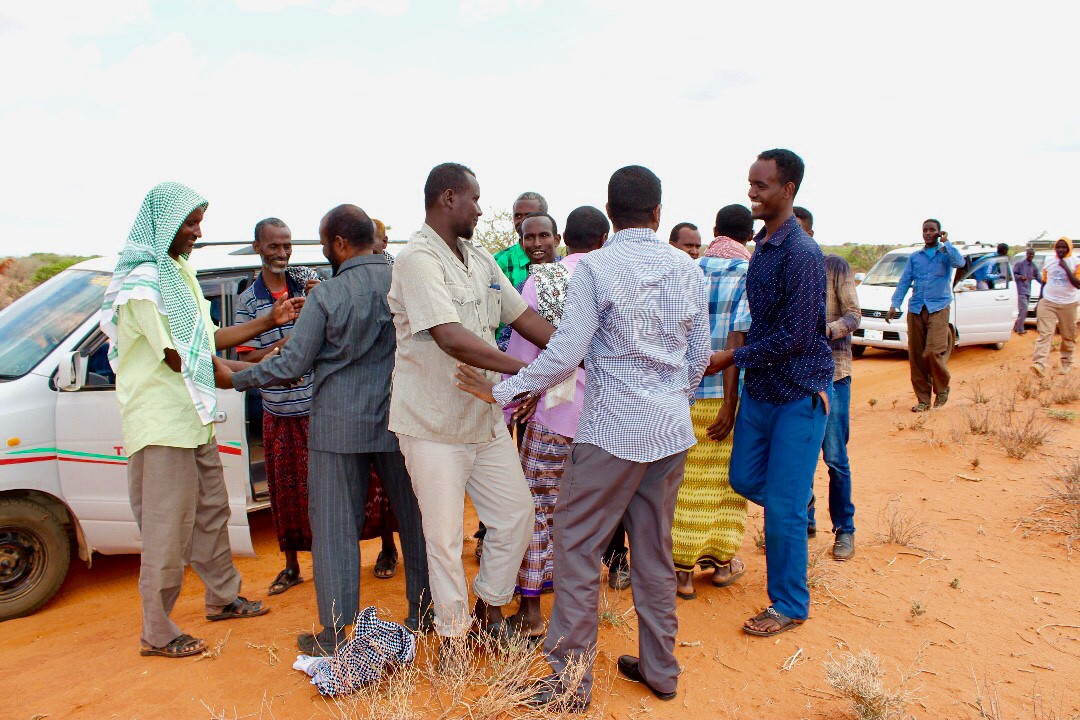 Violent conflict not only destroys lives, but also the friendships, marriages, families, and livelihoods that tie communities together. For two clans that had been divided by violence, re-opening a road marked their moment of reconciliation. 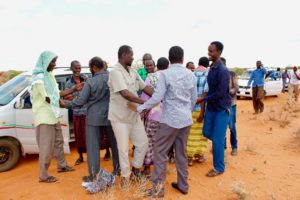 Galgadud state in Somalia has a reputation as a flashpoint for inter-clan conflict, and it has been the scene of some of the longest running clan disputes. As conflict and isolation between communities have persisted, opportunities to use traditional systems of reconciliation also faded. For communities from the Marehan and Dir clans, it reached the point where nearly every family had lost something or someone. “Both sides knew they were losing,” says Adan Kabelo, the Country Manager for the Life & Peace Institute (LPI) in Somalia. “But it also sparked a new impetus for peace, pushing people to question: How many more?”

The town of Herale, primarily home to members of the Dir clan in Galgadud state, is a well-situated rest stop for travellers, halfway between Balanbale and Abudwak. But disputes between Marehan and Dir clans over pastoral land, borders and water had contributed to years of violence, leading to mutual fear and suspicion between the two communities. This meant the smallest of individual slights was often interpreted as a group transgression requiring revenge. The formation of clan militias expanded the conflict into attacks on settlements, which ensured more and more families were drawn into the cycle of animosity.

In 2003, the road through Herale became impassable because of inter-clan violence. It remained closed for 14 years.

Zamzam Foundation (ZZF) is a well-known local NGO that had been doing humanitarian work in the area and had a reputation for providing much-needed assistance for communities, while LPI, a peacebuilding organisation with a head office in Uppsala in Sweden, had over 35 years of experience supporting conflict transformation programmes in a variety of countries. In August 2012, with funding from the European Commission and co-funded by the Swedish International Development Cooperation Agency (Sida), LPI and ZZF came together to canvass communities on their experiences and perceptions of the violence and their ideas for peace.

Ten years after the road closed, the two partners decided to explore the possibilities of bringing the communities back together through dialogue with clan elders and community groups, in particular women, young men and women, and more marginalised clans.

They conducted a baseline study and found that, although there was no contact between them, the two clans were both feeling the pain of being divided and the road through Herale was a tangible symbol of that separation. This was an opportunity. ZZF and LPI set to work.

Residents like Ahmed, a local taxi driver, knew the importance of working on reconciliation: “Most of my mother’s family is in Herale, but we hadn’t met for the past 14 years. Imagine, these were the people I grew up with and who took care of me.”

Ahmed used to generate his livelihood by taking passengers between Balanbale and Abudwak. When the road closed he, like other drivers, was forced to take a lengthy detour along a poorly maintained road close to the Ethiopian border.

Reconciliation was not a simple process. In line with tradition, the two clans had to consult internally through a series of dialogues where leaders and sub-clans came together first in order to agree and take ownership of the wrongs they had committed, which is an important step in the process to accept responsibility before facing the other side.

By 2015, Dir and Marehan elders were sitting together under an Acacia, the tree of peace, in Inagibilee to discuss their conflict. The dialogue continued for several weeks, each side taking turns to raise and discuss their concerns.

There were risks. After the violence on both sides and years of virtual isolation, inter-marriages between the two communities were damaged, families split and there were those whose grief made the prospect of reconciliation unthinkable; and those who might be willing to sacrifice reconciliation for revenge.

It was testament to the determination of the people participating and the experience of the local staff, who themselves came from the two clans, that they were able to overcome historical memories of wrongdoing and grievances, as well as security risks, to make sure the dialogues went ahead.

After four inter-clan dialogues between Marehan and Dir over the course of four years, a milestone was reached. In October 2017, the two clans signed a peace agreement and the road through Herale reopened. It was one of the largest ever dialogue meetings under the project, with 223 clan members from the two sides.

Now, vehicles from Balanbale pass through Herale every day. Ahmed is finally back to ferrying fares between Balanbale and Abudwak, but there’s been one unexpected side effect: “Sometimes, they’ll find a long lost relative and get so excited and emotional that I have to wait for a long time.”

The re-opening of the road is about more than a transport link. It has revived Herale and opened up possibilities to transport goods, services and to establish development programmes in the area. But more than that, taking time to talk led to a concrete outcome for peace.