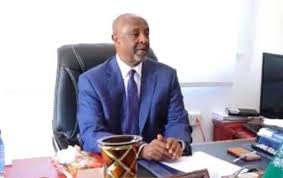 SL home affairs minister has said that voter registration is smoothly underway in seven constituencies in the country.

Mr. Mohamed Kahin Ahmed has directed the security officers to heighten the security during the voter registration drive.

He lauded the country’s electoral commission for its role in the voter registration process.

The minister notified that NEC has a lot of tasks to accomplish in the days to come.

He urged the public to take part the voter registration process so that every citizen should have the right to elect their representatives in the upcoming parliament & local council polls.