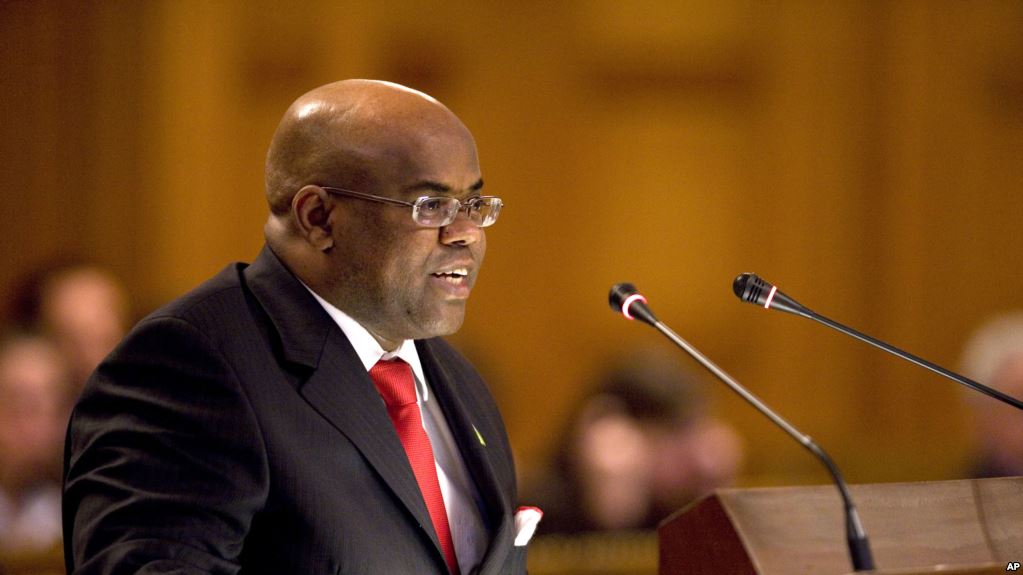 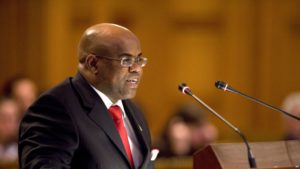 FILE – “We urge Eritrea to resolve the border dispute peacefully with Djibouti … in a manner consistent with international law,” Djibouti’s ambassador to the United Nations, Mohamed Siad Doualeh, told VOA.

Less than a day after the countries signed a joint declaration of peace, United Nations Secretary General António Guterres suggested that sanctions against Eritrea, imposed for alleged support of al-Shabab, an extremist group based in Somalia, may soon be lifted.

But lingering grievances with its neighbor, Djibouti, could complicate regional integration, experts say.

But rapprochement with one neighbor heightened tensions with another.

During the visit, Mohamed voiced his country’s support for lifting U.N. sanctions against Eritrea, a gesture that drew ire from both Djibouti and opposition groups within Somalia.

Sanctions were imposed in 2009, not only over concerns about Eritrea’s role in Somalia, but also its dealings with Djibouti. Last November, the U.N. recommended dropping inquiries into connections in Somalia after failing to find evidence of links to al-Shabab. But it reiterated concerns about Eritrea’s border with Djibouti and its unwillingness to seek a diplomatic solution to the conflict.

But other factors may be fueling its grievances.

Some experts on the region believe that a rekindled relationship between Ethiopia and Eritrea leaves Djibouti out in the cold.

Kelsey Lilley is the former associate director for the Atlantic Council’s Africa Center. She told VOA that Djibouti’s response to the possible lifting of sanctions reflects deeper concerns.

“The fear of U.N. sanctions being lifted on Eritrea points to the really sticky situation that Djibouti is in overall, which is that, as Eritrea opens, what happens to its business model,” Lilley said.

Djibouti has spent recent years investing in large-scale infrastructure projects: ports, a railway, a water pipeline and, most recently, a free-trade zone.

The deals for these projects, funded and built by China, were inked when Djibouti provided Ethiopia’s sole access to the sea. With discussions already underway for Ethiopia, the region’s economic powerhouse, to utilize Eritrean ports, Djibouti’s unique value may be diminished, and that puts it in a precarious economic position, Lilley said.

Djibouti has taken on massive debt to build its infrastructure, and most projects promise to pay dividends, but only after many years.

In an open letter to the U.N. Security Council on July 30, Mohamed Siad Doualeh, Djibouti’s ambassador to the United Nations, said, “[T]here is no escaping the fact that the international boundary remains disputed, Eritrea continues to occupy Djiboutian territory, prisoners of war remain unaccounted for, threat of force continue to emanate from the Eritrean side, and the risk of violent confrontation remains high.”

In a series of tweets, Nebil Said, Eritrea’s counselor to its Permanent Mission to the United Nations, refuted Djibouti’s claims. Said stated that Eritrea had released all Djiboutian prisoners of war in 2016 and had never occupied Djiboutian territory. The burden of proof to substantiate accusations of wrongdoing, he added, lies with Djibouti, not Eritrea.

Claiming #Eritrea is occupying #Djibouti’s territory is an epic ignorance.Eritrea has never occupied, nor has any territorial claim over Djibouti. Its principled position is territorial disputes can only be resolved through good-faith dialogue & in accordance to international law

Update: Djibouti Amb to Somalia Aden Hassan Beleloo says his country will not open talks with Eritrea “until we get our land and soldiers back”. Beleloo says people of Djibouti were not expecting @M_Farmaajo to “speak for Eritrea” regarding the sanctions https://www.voasomali.com/a/4508942.html

Doualeh’s concerns have been validated, at least in part, by the U.N.’s Somalia-Eritrea Monitoring Group. In its most recent report, published in 2017, the Monitoring Group concluded that Eritrea was continuing to support the Front for the Restoration of Unity and Democracy, an armed group intent on destabilizing Djibouti.

But the truth behind other claims remains obscure.

Last year, U.N. investigators said they saw evidence of Eritrean troop movement near disputed land, but only on their own side of the border. And claims about the number of POWs still captive in Eritrea have not been verified following prisoners who escaped, were released, or have died.

Conflicting claims have led to an impasse, and Eritrea has, so far, not shown a willingness to negotiate.

Threats to Djibouti’s economy could also jeopardize political stability in the country, Lilley said. That stability has helped the current government maintain its grip on power, but it hasn’t necessarily translated into benefits for everyday people.

Djibouti has a high poverty rate, and the political opposition says they’re locked out of the process.

“I think the regime could lose here, but I think the Djiboutians are really already losing,” Lilley said.

For things to improve, the government would have to rethink how it uses the money that comes in through sources like multi-year leases to rent space for military bases, a source of significant revenue for the country.

It may also have to re-approach its relationships with international partners. Tighter regional integration could mean the possibility of military bases in Eritrea, giving nations interested in a presence in Africa’s Horn more options.

That could prompt countries to scrutinize their partnerships with Djibouti, Lilley said, and consider better deals elsewhere.

Djibouti has been backed into a corner, according to Lilley, but its best strategy is to avoid being a spoiler for the peace process unfolding.