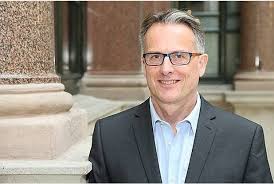 UK Envoy to Somalia/Somaliland ambassador, David Concar has expressed his grave concern over the Tukaraq animosity between Somaliland and Puntland. Mr. Concar has said that it will be a catastrophe to the region if the hostility rages on. The UK ambassador, David Concar made the remarks during a brief interview with Somali local media in Mogadishu. He emphasized that the ongoing conflict will undermine development projects that the UK is about to carry out. The ambassador has called on both sides to resolve the dispute by dialogue. “UK is committed to throw its weight in the stability and peace in Somalia and there is no interest for Somalis to slide back into anarchy and we care about their well being.” said David Concar. The UK envoy has urged Puntland and Somaliland to come to the table and end the skirmishes by peaceful means.