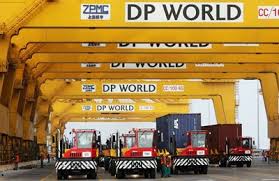 PDSA is not to interfere with the management of DCT until further orders of the court.

The High Court has further prohibited PDSA from removing directors of the Doraleh Container Terminal (DCT) joint venture company who were appointed by DP World pursuant to that agreement.

PDSA is not to interfere with the management of DCT until further orders of the Court or the resolution of the dispute by a London-seated arbitration tribunal.

PDSA is owned in majority by the Government of Djibouti and its CEO is the Chairman of the Ports & Free Zones Authority of Djibouti.

Hong Kong-based China Merchants is the minority shareholder in PDSA.

The High Court’s order follows the unlawful attempt by PDSA to terminate the joint venture agreement with DP World and the calling of an extraordinary shareholders’ meeting on September 9 by PDSA to replace DP World appointed directors of the DCT joint venture company.

This is the third legal ruling in relation to the Doraleh Container Terminal following two previous decisions from the London Court of International Arbitration (LCIA), all of them in favour of DP World.

It recognises that although PDSA is the majority shareholder of the DCT joint venture company, it is DP World that has management control of the company, in accordance with the parties’ legally binding contracts.

The new ruling against PDSA, issued by the Court without PDSA’s participation, makes clear that PDSA:

If PDSA disobeys the Court’s order and seeks to replace DP World nominated directors of DCT on 9 September, it may be held in contempt of court and face a fine or the seizure of its assets and its officers and directors may be imprisoned.

The Court has ordered PDSA to present its defence at another hearing on 14 September.

Meanwhile, DP World is notifying Standard Chartered Bank so that the bank will reject any instructions that may be sent to them after the 9 September meeting.

China Merchants, who have been given operational control of the Djibouti Freezone in breach of DP World’s exclusivity rights, will also be informed given its minority shareholding in PDSA.