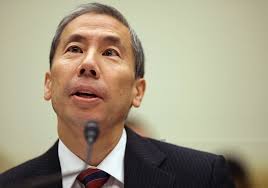 An international push to secure sorely needed debt relief for Somalia may be derailed because of a bureaucratic blunder in Washington, undercutting long-standing efforts to stabilize one of Africa’s least developed and most conflict-plagued countries.

The issue has so alarmed some U.S. officials that the U.S. ambassador to the East African country is quietly considering resigning if it isn’t resolved, current and former officials tell Foreign Policy.

The United States spends around half a billion dollars per year in aid and development to help prop up Somalia’s fragile government as it grapples with violence from terrorist groups and chronic instability. Despite the challenges, the new Somali government under Prime Minister Hassan Ali Khaire has, with U.S. backing, pushed through a number of difficult and unpopular reforms to align the government with international standards on financial governance and transparency.

The reforms have given Somalia a chance to receive debt relief by the spring of 2020 under a program run by the International Monetary Fund and World Bank called the Heavily Indebted Poor Country (HIPC) Initiative. Such a move would unblock Somalia’s access to sorely needed international financial assistance, a key to helping the country boost its laggard economic growth and stabilize its federal institutions.

The debt relief would have a host of positive knock-on effects, officials say, including allowing Somalia to strengthen its military and confront al-Shabab, one of the deadliest terrorist groups in the world, which operates out of ungoverned spaces in Somalia. The U.S. Defense Department has sent elite troops to help train Somalia’s army to combat al-Shabab and regularly conducts air strikes in Somalia targeting al-Shabab militants. Debt relief, officials say, would help Somalia get its own house in order to eventually ease the burden on U.S. military and U.S.-led aid programs in one of the poorest and least developed countries in the world. “There is no economic development and military independence without these IMF and [World Bank programs],” said one former U.S. official familiar with the matter.

But HIPC rules require major creditors, including the United States, to approve writing off Somalia’s debt simultaneously, or it cannot move forward at all. “If the U.S. doesn’t contribute, the whole deal falls apart,” said one Senate aide familiar with the matter.

While securing debt relief for Somalia has been a policy priority for the United States for years, that plan could now be derailed because the State Department and Treasury Department didn’t inform lawmakers they should include authorization to write off Somalia’s debt before Congress finalized its spending bills, according to six current and former U.S. officials and congressional aides who spoke to Foreign Policy on the matter. Some believe it simply slipped through the cracks as the State Department scrambled to prepare its budget priorities with the White House.

“All along, I could not believe all we have invested in Somalia could be squandered over something so small and simple,” said one official.

The State Department declined to comment for the story, and the Treasury Department did not respond to a request for comment.

U.S. Ambassador to Somalia Donald Yamamoto has privately considered quietly resigning if the U.S. government can’t resolve the issue, according to current and former officials familiar with the matter. Yamamoto is a career diplomat with extensive experience in Africa, who previously served as acting assistant secretary of state for African affairs under President Donald Trump from 2017 to 2018 before his current posting in Somalia. He did not respond to a request for comment for this story.

Through complex bureaucratic maneuvering, the United States could write off Somalia’s debt to the United States—about $1 billion—by essentially having the State Department pay a fraction of the debt back to the Treasury Department on behalf of Somalia, to the tune of about $35 million. That requires congressional authorization through spending bills—and no one at the State Department or Treasury Department appeared to communicate to lawmakers they needed to do that before spending bills were finalized, officials and congressional aides said.

Some aides and officials are scrambling to find a last-minute fix, but thus far no senior Trump administration official has signaled to lawmakers Somali debt relief is a priority, as it gets drowned out amid the dozens of other priorities in the massive federal spending bills—let alone priorities on Africa. “This is an easier lift than a lot of the other problems on the continent, and the administration just hasn’t prioritized it to raise enough attention for members of Congress to address,” said one congressional aide.

While everyone appears to support the effort—at Treasury, at the State Department, and on Capitol Hill—no one yet appears willing to expend the political capital to ask senior lawmakers to reopen the spending bill and include the authorization for debt relief, officials said. The State Department also hasn’t indicated where it would cobble together the $35 million from other spending priorities to divert for Somalia, they said.

“It’s just a bureaucratic fuckup. … This is so stupid,” said another former official familiar with the matter.

Debt relief is such an urgent issue for Somalia because the country is crushingly poor, swamped by unsustainable debt, and facing an accelerating climate catastrophe stoking prolonged droughts. The latest IMF analysis of Somalia notes that the country is in “debt distress,” with its $4.7 billion in external debt equivalent to its entire GDP, and no way to repay any of it; 96 percent of Somalia’s debt is already in arrears, meaning even if it never borrows another dime, its debt burden will continue to grow. Somalia’s debt to the United States is decades-old, and much of its debt relates to military spending wracked up during the Cold War. Somalia remains one of the world’s least developed countries, with nearly one-third of the population requiring humanitarian assistance and over 80 percent of the population living in poverty, according to U.N. data.

“Debt relief under the HIPC Initiative is needed to restore debt sustainability and support Somalia’s medium-term development prospects,” the IMF concluded in its August report.

The problem isn’t just clearing the debt burden off Somalia’s back now—the HIPC program would open the door to new funding that could help the government jumpstart some economic development programs. Debt relief through HIPC “unlocks concessional lending from the World Bank, from regional development banks, the IMF—it’s a gateway you need to pass through that Somalia desperately needs,” said Masood Ahmed, the president of the Center for Global Development.

Somalia has been in talks to secure some $300 million in international financial assistance to begin projects aimed at improving the country’s infrastructure, education system, and tackling poverty after it obtains debt relief.

Because of the way HIPC is set up, all creditors need to agree to relieve Somalia’s debt at the same time, meaning if the United States isn’t on board, HIPC debt relief won’t go through. “The U.S. is the biggest bilateral creditor. It’s essential for the whole thing to move forward,” said Ahmed, who previously ran the HIPC program at the World Bank.

The United States could still push through debt relief in a separate piece of legislation, but that might prove more politically difficult than folding it into the wider government spending bill, given the Trump administration’s efforts to pare back foreign aid and financial assistance, aides say. In June, U.S. Agency for International Development Administrator Mark Green visited Somalia, where he urged international donors to begin to wean the country off of its decades-long reliance on international aid—something officials say debt relief will help accelerate. The United States still commits hundreds of millions of dollars in aid to Somalia per year.

Khaire, the Somali prime minister who has closely cooperated with the United States on reform and security issues, could face steep political backlash in Mogadishu if the debt relief isn’t pushed through in time, some officials fear.

If the down payments on Somalia’s debt could go through, Somalia would receive interim debt relief under HIPC at a point called “decision point” in IMF and World Bank parlance. From there, it still has to navigate other technocratic mazes to prove to international lenders they will stick to financial reforms under IMF guidelines before exiting the debt relief program at a finish line, known as “completion point.”