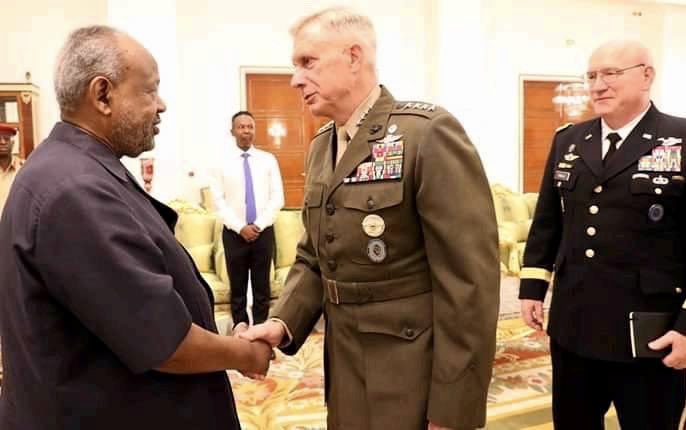 The head of the Pentagon’s Africa Command held a series of top-level meetings with key leaders in the east African nation of Djibouti, focusing on the effort to fight terror groups such as al Shabaab and the Islamic State.

Gen. Waldhauser and President Guelleh discussed “the strong, cooperative relationship that exists between the U.S. and the Republic of Djibouti,” as well as ongoing U.S. efforts to bolster the country’s security forces, command officials said in the statement.

The meeting comes months after U.S. forces killed the head of the Islamic State’s Somali faction during an April airstrike.

The Pentagon has plans to slash the number of American counterterrorism forces in Somalia, and across Africa, by 10% over the next three years.