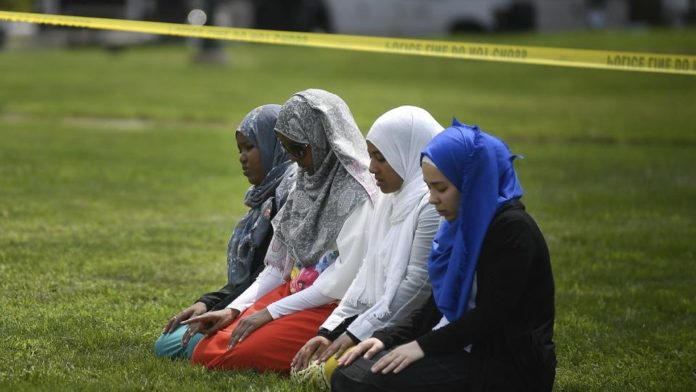 Three militia members are charged with attacking the Dar al Farooq Islamic Center in Bloomington, Minnesota which mainly serves Somalis in the area. One of the suspects says the bomb was meant to scare Muslims from the country.

Two of three militia members accused of bombing a Minnesota mosque and attempting to bomb an Illinois women’s clinic are expected to enter guilty pleas.

Twenty-nine-year-old Michael McWhorter and 23-year-old Joe Morris are scheduled to appear no Thursday in US District Court in Minnesota for a change of plea hearing. This typically means the defendants will plead guilty.

Hari had also reportedly drafted a plan to build a wall along the US border with Mexico, citing Donald Trump’s call for such a wall.

The men are accused of attacking Dar al Farooq Islamic Center in August 2017.

And they were arrested in March by FBI agents in Illinois and also charged with possession of assault rifles, which are classified as machine guns, and an attempted bombing of an abortion clinic in Champaign, Illinois on November 7.

McWhorter allegedly said the men did it to scare Muslims from the country. The pipe bomb thrown into the mosque caused damage, but no injuries.

Minnesota has the largest Somali community in the country, according to the most recent US Census estimates.

In the Illinois attack, a pipe bomb thrown into a Champaign, Illinois, abortion clinic in November 2017 failed to explode.