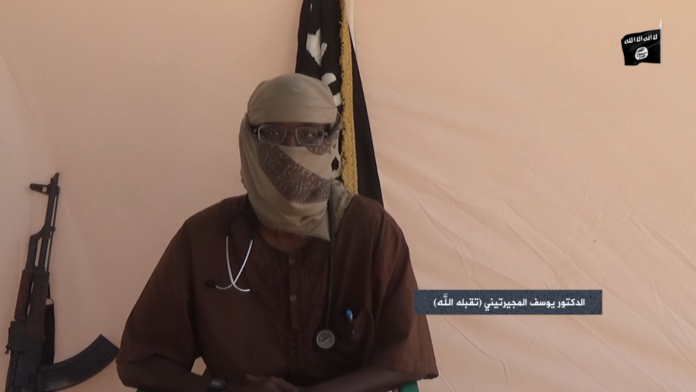 In a video released earlier today, the Islamic State’s Somali Province (also known as the Islamic State Somalia, or ISS) eulogized several of its killed fighters. The list included at least one Canadian citizen and several regional foreign fighters who were within its ranks.

The video mainly featured archival footage of the group’s members in Somalia’s northern Puntland region, where the common trope of the so-called caliphate’s ‘paradise’ is played out. The jihadists were seen swimming and at the beach, while nature shots were also played as a testament to the region’s beauty. One scene also features several fighters pledging bayah, or allegiance, to Abu Bakr al Baghdadi.

Many fighters who have been killed since ISS began in late 2015 were featured in the video. The majority of these are local Somalis, while others appear to be from Ethiopia’s Ogaden region or Djibouti – two areas with a predominate Somali population.

One fighter, however, was reportedly from Canada. The video provided a brief background on Yusuf al Majeerteeni, a purported doctor who at some point migrated to Somalia to join in the militancy there. It is unclear if Majeerteeni, who claimed to be from the eponymous Majeerteen clan, was originally a member of Shabaab or if he directly joined ISS.

The use of his ancestral clan as a kunya was undoubtedly to play into the hyper-localized clan politics of Somalia.

The video noted that Majeerteeni was killed, but did not provide any detail on how or when. Puntland security forces, clashes with Shabaab, or US airstrikes are all potential causes for Majeerteeni’s demise.

Speaking in a clear North American accent, Majeerteeni explained how ISS has provided medical services to the locals of Puntland before calling on other foreigners, especially other doctors, to migrate and join ISS.

Near the end of the video, ISS provided archival footage of the perpetrators of the Feb. 2017 suicide assault on the Village Hotel in Bosaso and the March 2017 suicide bombing on Puntland security forces also in Bosaso. To date, those remain the two biggest attacks claimed by ISS apart from the Oct. 2016 takeover of Qandala.

Abu Numan was one of the first Shabaab commanders to defect to the Islamic State, but he was killed by Shabaab’s internal security force, the Amniyat, in late 2015. Makkawi, a former member of al Qaeda in Sudan who was responsible for killing a US citizen in Khartoum in 2008, was also targeted by the Amniyat in Dec. 2015.

Makkawi’s Rewards For Justice page, which was used in the aforementioned montage, remains availabledespite the jihadist being confirmed dead by the Islamic State.

The video, while offering old footage and eulogies, does provide us with a glimpse of its foreign fighters. While many appear to be regional, it has had at least one Western foreign fighter. It will likely try to recruit more foreign fighters as the wider Islamic State wanes elsewhere.

This can already be seen to an extent as three US citizens were arrested today by the FBI, with one of them attempting to join ISS.

Fighters claiming to be from Ethiopia and/or Ethiopia’s Ogaden region: