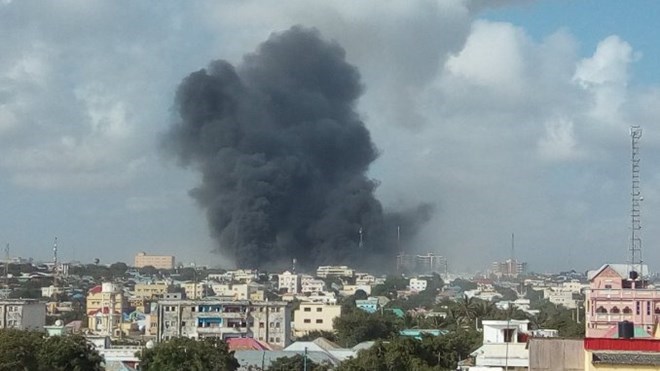 According to the police, the first explosion went off near a security checkpoint at Sayidka junction manned by security forces near the parliament building while another explosion occurred in the same area.

The target is not clear yet. The smoke could be seen billowing from the scene.