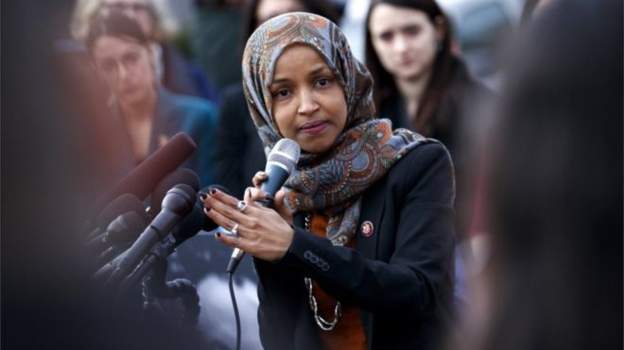 WASHINGTON D,C, United States of America–US President Donald Trump has said that Somali-US Congresswoman Ilhan Omar must resign over her tweets which implied US lawmakers only supported Israel because of lobby money.

The President is widely reported as saying: “I think she should either resign from Congress or she should certainly resign from the House Foreign Affairs Committee”.

Omar , a Minnesota Democrat, is the first American-Somali to be elected to the US Congress.

Omar has since apologised her tweets. “Anti-Semitism is real and I am grateful for Jewish allies and colleagues who are educating me on the painful history of anti-Semitic tropes,” Ms Omar said.

However, local media quoted the President as saying that he thought her apology was “lame”.