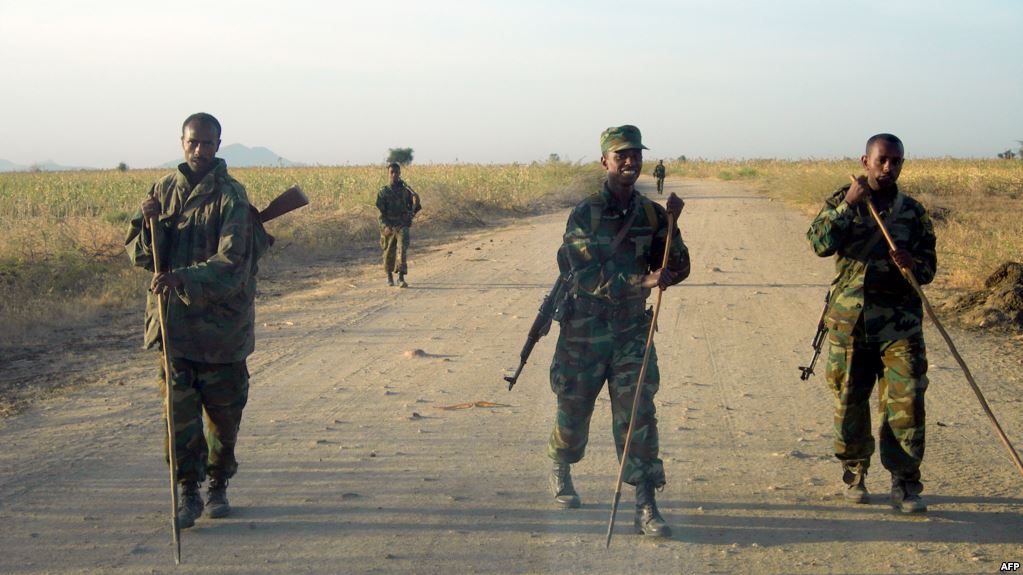 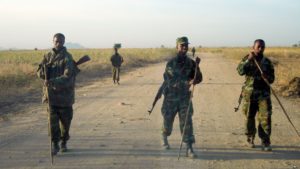 FILE – Ethiopian soldiers check for landmines on a road leading to the border town of Badme, Nov. 5, 2008.

NAIROBI — Ethiopia and Eritrea have taken major steps toward peace in the past month, resuming flights, reopening telephone links, and allowing families to meet after more than 20 years of separation.

But the Horn of Africa neighbors still have issues on the security front, especially in regard to the troops stationed along their 1,000-kilometer-long shared border.

In July, Eritrean media said troops have withdrawn from the border, but that has yet to be independently confirmed.

Political expert Awol Allo says the issue can be resolved if the two governments can muster enough political will.

Between 1998 and 2000, Ethiopia and Eritrea fought a war over disputed territory on the border that claimed an estimated 70,000 lives.

Since the war, the East Africa neighbors have accused each other of supporting rebel movements and opposition groups in each other’s territory.

But in June, Ethiopian Prime Minister Abiy Ahmed said his government was ready to respect a 2002 boundaries commission ruling that gave the disputed town of Badme to Eritrea.

However, the countries are still wary of each other, says Meressa Dessu, a senior researcher with the Institute of Security Studies.

“It’s a cautious relation among them,” Dessu said.

The strength of the newfound peace will be judged by how the countries can manage their border issues, according to Allo.

“Security, as I said, is the primary [issue] … and demilitarizing the border is one of the key … measure[s] by which people can judge that the two countries are moving forward,” Allo said.

Before the border war, Eritrea fought a long war for independence from Ethiopia, which it achieved in 1993.