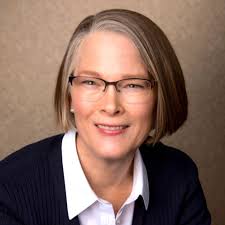 MINNEAPOLIS (AP) — A Minnesota think tank official has been suspended for comments she made about Somali Americans in a New York Times story.

The story with the comments from Kim Crockett, vice president and general counsel of the conservative Center of the American Experiment, was published Thursday and examined the resistance to refugee resettlement in St. Cloud, Minnesota.

The Star Tribune reports that Crockett has been placed on an unpaid 30-day disciplinary suspension and the center said in a statement that her comments do not reflect its “views and values.”

Crockett told the New York Times reporter that she plans to challenge the resettlement program in court.

She was quoted as saying: “I think of America, the great assimilator, as a rubber band, but with this — we’re at the breaking point. These aren’t people coming from Norway, let’s put it that way. These people are very visible.”

Crockett has since apologized for the comments.