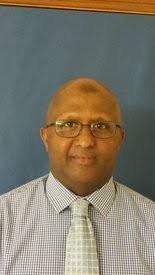 LEWIS CENTER, Ohio — Mr. Farhan Warfaa was a 17-year-old farmer when he was abducted.

In December 1987, he and other men and boys from his village were rounded up and taken to the base of the 5th Mechanized Brigade of the Somali National Army, in Gabiley, a town in northwestern Somalia, where Col. Yusuf Abdi Ali ( aka”Tukeh”) was the commander.

On Monday, May 13, 2019, after more than 31 years, a trial began in a U.S. courthouse in Virginia that will allow Mr. Warfaa, 48, to face Col. Tukeh over Tukeh’s alleged role in the torture and attempted extrajudicial killing of Mr. Warfaa.

The case was filed on Mr. Warfaa’s behalf under the U.S. Torture Victim Protection Act of 1991 in the U.S. District Court for the Eastern District of Virginia by the San Francisco-based Center for Justice and Accountability. CJA is a nonprofit organization committed to bringing to justice human rights violators and war criminals living in the United Sates.

According to a CJA press release, “The case alleges that Col. Tukeh’s soldiers tortured and interrogated Mr. Warfaa while he was imprisoned at a military base in Northern Somalia, and that Col. Tukeh himself shot Mr. Warfaa five times at point blank range, leaving him for dead. Miraculously, he survived. Mr. Warfaa alleges that he was persecuted because he is a member of the Isaaq clan.”

In late 1980s, the tyrannical Siad Barre regime, a military dictatorship that misruled Somalia from 1969 to 1991, was conducting a vicious military campaign to quell an uprising led by the Somali National Movement, a north Somalia-based group fighting against the scorched-earth policy of the Siad Barre military, and for a free and representative government.

Col. Tukeh has been accused of committing appalling crimes during Somalia’s civil war: He allegedly tortured people, committed extrajudicial killings, and engaged in ethnic cleansing of the Isaaq clan, the dominant clan in northern Somalia. “He tied [my brother] to a military vehicle and dragged him behind,” one villager told Canada’s CBC, according to a CNN story. “He shredded him into pieces. That’s how he died.”

In 1991, when the Siad Barre regime was overthrown, Col. Tukeh fled to Canada. But two years later, his application for asylum in Canada was rejected, and he was deported back to the United States because the Canadian authorities learned his past alleged human rights violations in northern Somalia from the fifth estate, an investigative program of Canada’s CBC network.

He voluntarily left America and returned to the United States through a visa his Somali wife, then a U.S. citizen, procured for him. In 2006, his wife was convicted of naturalization fraud for claiming she was an asylee from the same clan that Col. Tukeh was allegedly terrorizing.

Col. Tukeh has been residing in northern Virginia, where a CNN investigative unit found him working at Dulles airport near the nation’s capital, as a security guard, in 2016.

His case also demonstrates how, while our broken immigration system can be effective for our government to bring in immigrants, prosecuting or removing human rights violators or war criminals is a tedious and painstaking process, if not impossible. This is because the United States does not have the laws to prosecute human-rights violators who are non-U.S. nationals for crimes committed abroad.

The current unit within Immigration and Customs Enforcement dedicated to the task — the Human Rights Violators and War Crimes unit — is currently pursuing more than 1,750 leads and removals cases that involve suspected human-rights violators from 95 different countries, according to its website.

The unit is understaffed and underfunded, with a budget of around $5.3 million out of ICE’s $4.9 billion for Enforcement and Removal operations, according to New Republic magazine.

More troubling, a special unit within the Federal Bureau of Investigation that handles war crimes may be shut down “imminently,” according to a report by justsecurity.org.

Col. Tukeh’s presence in the United States is unjust and a painful reminder to Mr. Warfaa and other victims, survivors and their families. I have contacted Sen. Rob Portman, a member of the U.S. Senate Homeland Security and Governmental Affairs Committee, which has jurisdiction over ICE, to look into why ICE has failed to take any action against Col. Tukeh.

The United States should not be a safe haven for individuals like Col. Tukeh who are suspected of engaging in the commission of war crimes, genocide, torture and other forms of human-rights abuses in conflicts around the world, including Somalia. Col. Tukeh is taking advantage of the cracks in our broken immigration system and America’s justice system based on due process, a justice that Mr. Warfaa and other victims, survivors and their families were denied in their own country.

Ali Mohamed is the editor and founder Gubanmedia.com, a 24/7 online magazine of news analysis and commentary about the greater Horn of Africa region.