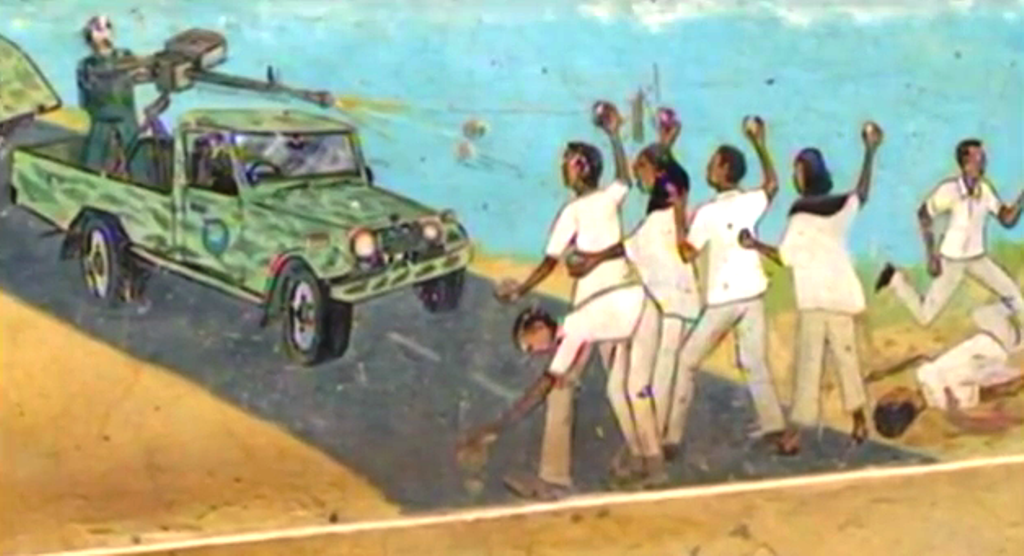 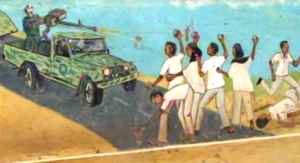 In the 1980s during the era of military dictatorship under Siyad Barre, Law No. 54 of September 1970 was an instrument irresponsibly operational used by the security. It contained articles related to the “protection of national security”, “crimes against the state” and mandatory death penalty.The Somali people especially citizens from the North were affected. Detailed personal accounts of some members of the group such as Mohamed Barud Ali and Bashe Abdi Yusuf are recorded elsewhere (in the author’s forthcoming book ‘The Rebirth of Somaliland). 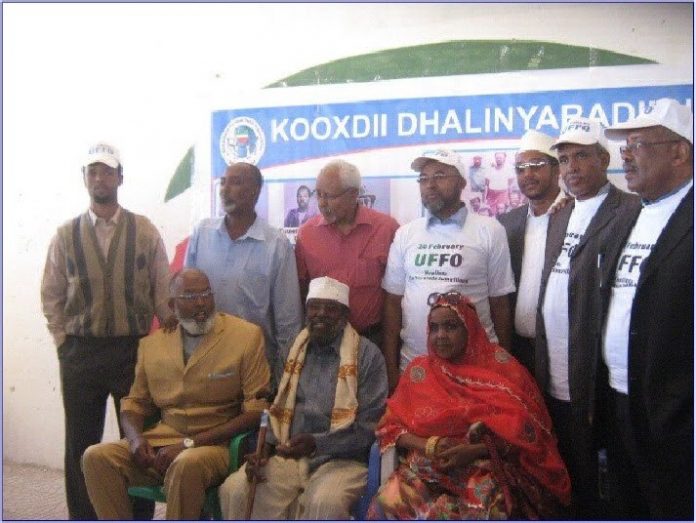 The Hargeisa Hospital Group composed of young civil servants, voluntary sector workers, entrepreneurs and businessmen and professionals such as medical doctors, veterinary surgeons and teachers. Most of them were from Hargeisa (RUDM – ragga u dhashay magaalada) but also from the other parts of Somaliland.

As a group, they organized themselves as a voluntary self-help group whose sole intention was to improve the deteriorating conditions of the dilapidated Hargeisa General Hospital which was utterly neglected by the government. The hospital fell into longstanding disrepair. There was lack of the basic utilities, far short of the needs of increasing population of the city. As recalled by one of the members, the midwives used to request husbands of the pregnant wives brought to the hospital to switch headlights of their vehicles because of lack of electricity in the hospital so as to carry on deliveries.

The group started meeting and discussing issues and immediately staged small initiatives to convalesce the situation of the hospital. But nevertheless, they never belonged to any organized political group. They were just a group of like-minded individuals.

What was the reward for groups’ charitable activities?

They were all imprisoned allegedly belonging to the SNM opposition and precision of support to its cause. One after the other or in groups, they were put in jail. Ahmed Yusuf Jabane was imprisoned first, two days (on 4th August 1981) Engineer Mohamed Barud Ali was taken from his home in Hargeisa by security officers. He was then in honeymoon.

One day while in his business premises, plainclothesmen from the NSS came to Bashe Yusuf Abdi. They took him away to jail. Other colleagues were already in jail before him. In fact, Yusuf was ready at the time as he knew the odd hour visitors (the security) would come at any time for him. The fact that the group was put together as a political group called ‘UFO was simply erroneous. They were 28 in number grouped together as UFO group. UFO was a leaflet written by Ahmed Yusuf Jabane and Mohamed Barud which was secretly distributed and dropped in the streets of Hargeisa. That is how the UFO jargon spread in the public and became associated with the group.

The group was in jail at Hargeisa for about a year. Torture of different forms was a routine. On the day of their trial at the security court in Hargeisa, some of them were actually unconscious most of the time. They were unable to move and could barely stand up. The witnesses present at the court were the officers who tortured them in prison. On that day, there was a mass student uprising in Hargeisa whereby life bullets were used to students who were demonstrating against the injustices nearby their schools. The prisoners were literally saved from the firing squad by those very demonstrations by the students in schools.

Few days after, the prisoners (20 of them??? ) were escorted to the south to be imprisoned at ‘Labaatan Jirow’ prison, north of Baidoa (between Wajid and Hudur). 14 of the group were put in solitary confinement; the rest had variable jail terms for 7 to 20 years terms.

In 1989, after the eruption of civil war in the North and the SNM invasion and after being in the jail for 7 years, all of them were all released by Barre’s order.

Who were the members of the UFO group?

The names of prisoners and the convictions of the chaotic hasty trial outcome are listed as below with professions/occupations and prison terms:

After this group, thousands of civilians, civil servants, academicians, and politicians were arrested, tortured, sentenced to long prison terms, life imprisonments and death penalties. In fear of such policies, hundreds of thousands of Somalis fled their homes in the North to seek sanctuary and work in the Middle East, Africa, Europe and North America as migrants and political refugees.

On 20th February 1982 after the sentence of the above group, students in the schools in Hargeisa made riots by throwing stones (Dhagax tour). In fact, the students staged a big demonstration on the day of the trial of the group.

Arbitrary arrests, detentions and unfair trials were common practice in the daily life of the Somali people. Security-related offenses and crimes punishable by death were tried by the National Security Court (NSC) which was shielded from any independent scrutiny. The court tried both civilians and military officers. NSC courts did not form part of the regular judicial system and headed by an army officer and a Cabinet Minister, a member of the Central Committee, General Mohamed Ghelle Yusuf who had no legal training and who was appointed by the president. There was a wholesale denial of due process in the summary proceedings of the court which was more of a military tribunal than a court of justice. Important political trials usually took place in great secrecy. Habeas corpus, the legal recourse in the case of illegal detentions, was abolished in 1970 and there was no right to appeal. Death sentences were only reviewed by the president and was the only who could offer pardon appeals of clemency.