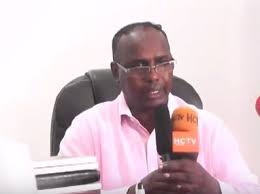 HARGEISA– Hundreds of expat doctors based in Somaliland who work in both public and private hospitals do not have work permits. This was announced by the DG at the health & development ministry, Dr. Mohamed Abdi Hergeye. The move to deport the expat doctors from the country was reached by the National Health Professions Commission (NHPC) investigation. The minister of health recently appointed commission consisting both public and private doctors to further vet and screen the foreign doctors credentials. The probe proved that the commission finally reached a conclusion that more than 60 foreign doctors are not trained in their profession. The foreign doctors were given ten day ultimatum to leave Somaliland.