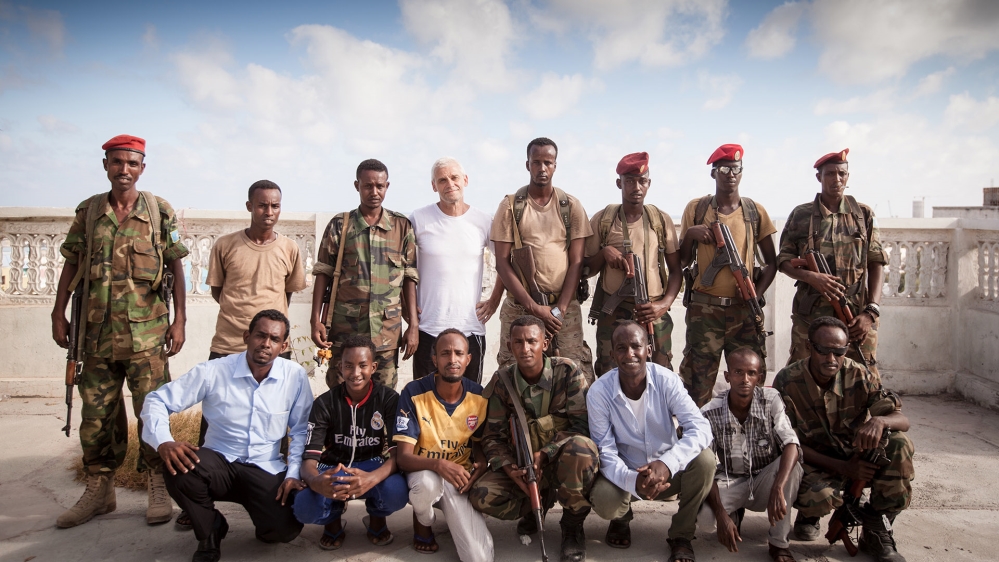 From refugee to storyteller, a Danish Somali filmmaker challenges stereotypes about young Somalis – one film at a time. 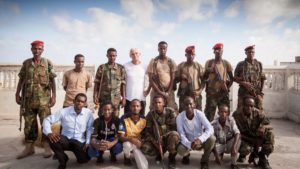 In 1991, a year after civil war broke out in Somalia, Nasib Farah fled Mogadishu. He was 10 years old and travelling without his parents, who had sent him with a group of older asylum seekers, telling him to pretend they were his family.

“My parents simply wanted me to be safe. They wanted a better future for me,” he explains.

Armed with just a few phone numbers and four English words – “I am a refugee” – he escaped across the border to Ethiopia, before flying to Germanyand eventually settling in Denmark.

As a refugee and a black Muslim, he had to grapple with inequality and discrimination, but went on to create a non-profit organisation focused on helping other young Somalis through tutoring and afterschool activities.

Then, wanting to tell the stories of the young people he met, Nasib started a community TV programme for the Somali community in Denmark. He began making documentaries he hoped would initiate deeper debates about integration, education, crime – and a topic many seemed to want to discuss – the reasons why some young Somalis were choosing to join armed groups.

Back in the country he fled at the age of three, Mohammed is recruited into the armed group al-Shabab. But he defects after witnessing acts of violence and the film picks up with him as he tries to live under the radar in Mogadishu while attempting to reunite with his wife and son in the UK.

Al Jazeera: What do you remember about the civil war in Somalia?

Farah: I don’t want to remember the things I saw. People were dying all around us. If we were going to the market or to a neighbour’s home, we had to walk past dead bodies that nobody dared to collect from the streets. The stench was unimaginable. I remember it to this day. People died like it was nothing. I saw people’s eyes being gouged out. Some people had their ears cut off or were tortured in front of us. I don’t want to remember that time.

Al Jazeera: What were your first impressions when you arrived in Europe as a 10-year-old?

Farah: I landed in Frankfurt in the summer. It was pure culture shock. It was my first time seeing white people, except on TV; I’d never seen a single white person. Also, people were speaking a language I didn’t understand. All I could say was, “I am a refugee.” It was even more shocking that my first contact was with immigration officials, the police. In Somalia, there was a lot of corruption and we never trusted the police – so that’s how I also saw the police in Germany, and in Denmark after that. I talked to them – it was either that or risk being sent back to Somalia.

Al Jazeera: What was it like to live without your family?

Farah: I was only 10 at the time and I missed my family terribly. My focus was to support them and to get them to eventually join me in Europe. You have to be strong and to take care of your family the best you can; you have to do your best to maintain a connection with them. If they can’t visit you, then you find a way to keep regular contact and to visit them every year. That contact is so important, to get some love and shared time with your parents. Nothing can replace that because the only people who can truly understand me are my parents.

Al Jazeera: Have you reunited with your family?

Farah: I was never able to get them to join me in Europe, but they are living safely in Ethiopia, so I go back regularly to visit them there. I also have brothers and sisters, but we’re all in different countries.

Al Jazeera: What challenges did you face in Europe?

Farah: The first thing I tried to learn was the language, then the culture and traditions. Early on, I identified that that could help me find a way back to my family or that maybe it would give me an opportunity to bring them to me. The system doesn’t help you much. You have to find your own way to survive. My Danish classmates had parents who would come for reviews with their teachers, but my parents weren’t there so they were only a distant part of my education, and they weren’t there to guide me or give me advice. So, you are alone in this world. The loneliness was the hardest challenge. But that’s life and every day you have to learn to make your own decisions.

Al Jazeera: How did you cope with loneliness?

Farah: I was always looking for mentors, grown-up Danes who understand the system here, how to live and get the most out of the educational system.

Without that kind of support, many kids suffer depression and anger. Some turn to violence or drugs. Others are lured to al-Shabab. Anywhere there’s love, anywhere there’s acceptance, they go there – even if it’s bad love, because they crave the attention. You need to feel like you’re somebody, a human being that people care about. That’s how some are deceived into believing they’ll find happiness in terror groups.

Al Jazeera: Can you share one example of discrimination you encountered?

Farah: When I was looking to enrol in educational programmes for computer programming, I sent applications explaining my background, including my educational credentials. I got an interview to work in an electronics shop. The next day, they called me and said they couldn’t employ me. But I didn’t give up. I was young and determined. After a few months, I sent a second application and we had another interview that lasted 30 minutes. Again, they called me to say that I didn’t get the job. After some more months, I made a third application. Finally, they hired me. I had to fight hard just to get hired. It took me one year, but I never gave up. They explained that I hadn’t been hired because I was black, and they had been afraid I would drive customers away. In the end, they were impressed with my determination and could see that I was young and eager, and that I had a big smile and could speak the language very well. I stayed eight years in that job. Sometimes, you have to accept that people won’t like or accept you, but you have to find a way to work around it because you’re living in someone else’s culture.

Al Jazeera: How did you get into the media?

Farah: I started a youth organisation that offered community support to young Somalis. We had activities like football, reading and language tutoring and cultural events. It occurred to me then that I wanted to get into TV in Denmark, to start a community TV programme. I wanted to tell the story of these young people, so they could have something in their own voice, something that reflected them. We called it Qaran TV, which means “nation” in Somali. We did news, Somali music, debates and talk shows that addressed the practical and legal points of living in Denmark, Somali issues, education and health.

Al Jazeera: How did you gravitate towards documentary filmmaking?

Farah: I wanted to start a discussion about the things that others in my community really wanted to talk about and to give a voice to people who needed to express themselves. I wanted to make films about Somalis like me who were learning to make a new life far away from home.

Filmmaking also helped me establish my identity and to find my way in society.

I liked the idea that I could use documentary to help Somalis and Danes understand each other better. It was a way of getting to know people beyond the stereotypes.

For example, everyone in my community grew up with jokes that we were pirates, so in my first documentary, I went back to Somalia to find out if anyone in my extended family might be pirates. I found out that some of them were. Danish TV2 and the Danish Film Institute supported the production of my first film, which I called, My Cousin, the Pirate.

Al Jazeera: What kind of impact were you looking for through the films you were making?

Farah: For me, documentary and community TV was also a way of preventing young people from joining radical groups and of letting them know that there were real consequences if they chose that road. I wanted my films to show that the whole family, and all of society, would pay the price if they chose a violent, anti-social path … I saw a need to give a voice to people like me who were lost in some way, or who were struggling to build new lives far away from home. Often, I was very sad, because the media and society only talked about Somalis in light of crime or radicalisation. Somali people didn’t matter. If you’re Somali, they think you’re a criminal, a pirate or that you’re in al-Shabab. But that is a small representation of who we are. So, I saw it as my responsibility to talk about these young people and to make them part of the dialogue, to give them a voice and a sense of belonging.

Al Jazeera: What drew you to Mohammed, the main character in Lost Warrior?

Farah: I see a little bit of myself in Mohammed because I know the feeling of being alone in a new country and in a culture where the language is completely different. Society doesn’t accept you at first. They push you out – you’re black, you’re Muslim, and they prevent you from getting work and enjoying life the way that they enjoy life. So, I understand Mohammed in many ways.

I know people who went the same way he did. Some got into drugs and were in and out of jail. Some joined terror groups. Not everyone can integrate, some don’t survive. They get lost, and once you get lost, it’s hard to find your way again.

But others do very well. They know where they came from and where they’re going. I like the fact that Mohammed is this young guy who was open and willing to share his experience with us. He gave us permission to film with his family in sensitive moments and to learn about his life. I know where he comes from, so I understand him … He’s wasn’t afraid to show his feelings and that’s what I love about him.