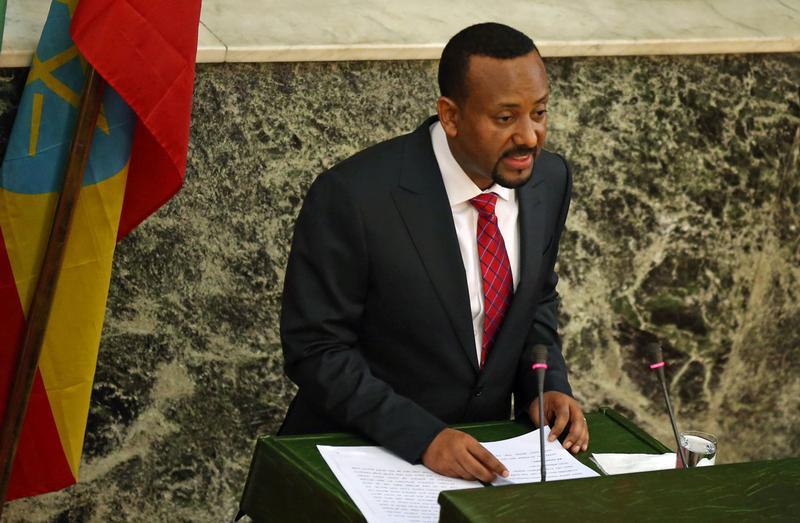 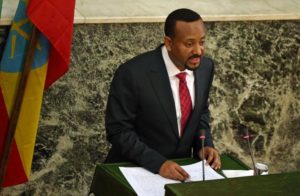 Ethiopia’s incoming Prime Minister Abiye Ahmed delivers his acceptance speech after taking his oath of office during a ceremony at the House of Peoples’ Representatives in Addis Ababa, Ethiopia April 2, 2018.

Ethiopia’s new prime minister, Abiy Ahmed, will visit Minneapolis on Monday. Since taking office in April, Abiy has ushered in a new era of reform in Ethiopia. He released thousands of political prisoners, closed Makelawi detention center — known for torture and inhumane treatment — and opened up internet access to websites that had been blocked inside the country for years. Though the reforms he has introduced are promising, the prime minister has yet to tackle one of the biggest obstacles to lasting change — the lack of accountability for serious abuses, notably the widespread use of torture.

Abiy’s visit to Minneapolis — only a few months after taking office — illustrates how important the city’s large Ethiopian diaspora community is to his plans for Ethiopia’s future. Human Rights Watch researchers also have visited Minneapolis over the years, most often to interview scores of Ethiopian torture victims.

Torture has long been widespread in Ethiopia, driven by a pervasive culture of official impunity. Victims from all over the country have described brutal treatment at the hands of security officials over many years. In a recent report, we detailed torture in Jail Ogaden in Somali Regional State, where prisoners have endured a relentless routine of interrogation, torture, humiliation, hunger, sleep deprivation and rape.

With no access to health care, some prisoners died from their injuries, while female detainees gave birth inside their jail cells without any health care. Prisoners have had no access to lawyers or due process. In fact, many were not charged or convicted of any crime but were told that they had been suspected of membership in the Ogaden National Liberation Front (ONLF), an opposition group Ethiopia’s parliament recently legalized under the new prime minister’s leadership.

The Ethiopians who gather in Minneapolis to greet Prime Minister Abiy may well include survivors of human rights abuse in Jail Ogaden and many other detention facilities in other parts of the country. This is a rare opportunity to raise the importance of accountability for torture and other rights violations over the years — abuses that drove many Ethiopians to seek safety in the U.S. or elsewhere.

Since Abiy’s administration took office, the national dialogue has yet to include concrete discussions of pathways to accountability. In a speech before parliament in June, the prime minister admitted that torture in Ethiopia is comparable to “state terrorism.” After government media reported cases of severe beatings and genital torture at federal detention centers, the government dismissed a few prison administration officials.

These are good first steps, but given the complexity of the problem, dismissing a few staff members will not solve the culture of torture and inhumane treatment of prisoners in Ethiopia.

Making those responsible for this practice accountable, support for the victims and improving the administration of detention sites throughout the country are critical. The prime minister now has an excellent opportunity to assure the Minneapolis diaspora community that those responsible for torture and other rights abuses, regardless of rank, will be thoroughly investigated and held to account. He should also ensure that detention facilities have appropriate oversight and continued monitoring at both regional and federal levels.

The prime minister can also demonstrate a clear commitment to transparency by opening the country’s detention facilities to human rights monitors and unequivocally stating that his administration will have zero tolerance for torture by any law enforcement body.

The meeting in Minneapolis is an important opportunity for Ethiopia’s administration to build a bridge of trust with Ethiopians here in the U.S. and demonstrate that the old ways are over for Ethiopians all over the world.