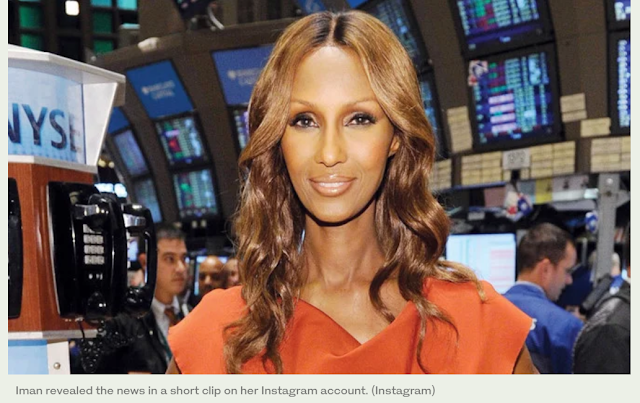 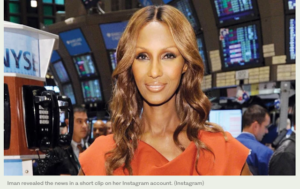 DUBAI: Somali-American supermodel Iman Abdulmajid has launched a new Instagram Q&A series called #DearIman in which she invites her 513,000 followers to ask the legendary fashion star anything and everything.

The series kicked off on Tuesday with an episode on everything beauty-related. Fans had to opportunity to ask the 63-year-old model about her skincare regimen, makeup tips and other secrets to her youthful glow.

She revealed the news in a short clip on her Instagram account, saying the new initiative was “an opportunity for you to ask me any question.”

One of the most iconic supermodels in fashion history, Iman has been widely praised for having led the way for the many models of color who have followed in her path.

In a recent interview with Vogue Arabia, she shared how she was discovered by photographer Peter Beard in Kenya in 1975 and recalls how she fought for equal pay as a model in the US.

“As my career progressed, I became the first black model to refuse to work for a lower wage than other girls. To me, I was providing the same service, so I had to be paid equally.”

Iman also spoke about reconciling her religion with her career.

“It is an oxymoron to have your foot in the modeling business and to call yourself a Muslim, but at the end of the day, you need to look in the mirror and feel good when you ask, am I doing the right thing?”

The icon has an beauty brand to her name, Iman Cosmetics, which she launched in 1994.

“When you work in the industry, your looks are your currency. If you don’t have a good appearance, you won’t be booked again – and no one will blame the beauty team or the photographer. This made me start experimenting with makeup from an early stage. I would buy any foundation with pigment so I could mix and match,” she told Vogue Arabia earlier this year.

The widow of the late David Bowie has posed for iconic photographers, including Richard Avedon, Irving Penn and Helmut Newton.

The supermodel was scouted by photographer Peter Beard while she was a 20-year-old Somali refugee studying in Kenya in 1975. Her family were forced to flee their homeland due to a coup and initially settled in Kenya before traveling the world.