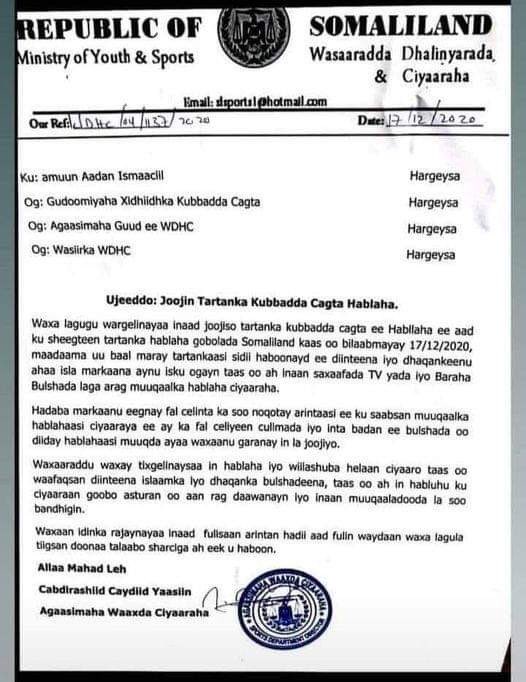 Somaliland Ministry of Sports suspended National Women Tournament which was due to kick off in the Hargeisa on 17th December for the first time.

In a letter from the sports ministry informed the women not seen media but later was seen in a social media undergoing training which eventually led to the ban of women football competition.

The ministry said it has received mandate to ensure that religious and cultural norms are respected..

It has also received condemnations from religious scholars and members of the public for the women training in which their videos were broadcast.