We take pride in the fact that this modern app is developed locally in Somaliland- Minister Hinda Gani.

eDahab Public API, is a new state-of-the-art online business that makes it easier for customers to shop has been launched in Somaliland. 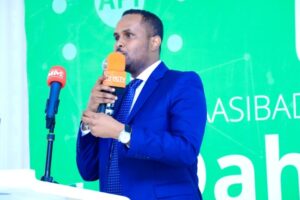 This service is of great importance to various merchants and anyone who sells and buys online is the brainchild of Dahabshiil Group which held a grand launch event in Hargeisa, attended by various dignitaries among them ministers, public service directors, university dons, politicians and other members of the public including online sellers and buyers.

Addressing the eDahab Public API launch the Dahabshiil Group Chief Executive Office said, “You know Dahabshiil Group of companies are always trying to provide a service that will help solve various problems in our country constraining the business community be it Small scale or large entrepreneurs, and the like” adding that the eDahab API app will play an important role in the growth of the Somaliland economy by making it easier for people to shop online or on their mobile phones and so on. ”

Edahab Public IPI is a service that will enable the business fraternity and citizens from all walks of life connect to Edahab service with all the software used by companies such as web education, mobile aps and all other services.

The just launch app which is easy to use will further avail users the luxury of having all their online shopping handled by skilled eDahab staffers.

In conclusion the Dahabshiil CEO said that the group of company he leads whose main objective is to serve customers with satisfaction are always in pursuit of exploring new avenues of improving the economic status of through provision of apt services.

The various public officials and politicians who attended the event unanimously concurred about the benefits of this modern online service. 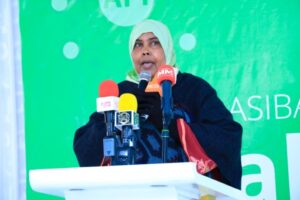 The Minister of Labor and Social Affairs, Ms. Hinda Jama Gani, Who was  chief guest said , “Today, our country has properly joined the global online market through this eDahab API that shall facilitate our citizens access to various goods while at the office or home”
pride in the fact that the Edahab Oline service is driven by a locally developed application minister Hinda Gani urged business ventures and ordinary to switch to the eDahab API for ease of online shopping.

In conclusion the labour and social services minister who thanked the Dahabshiil group of companies for its continued endeavours of introducing modern services to the country went on to say that this this activities were made possible courtesy of the security tranquillity prevalent in Somaliland. 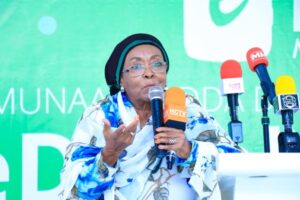 to address the function included the Director General of the Ministry of Trade, Industry and Tourism, Mr. Abdirahman Abdeq Muhumad, welcomed the launch while lauding the effectiveness of the Edahab Public API service that is beneficial for the country and the people.

Dahabshiil, an indigenous African company, was founded in 1970. It was set up as a new remittance venture to enable migrants to send money to family and friends back in the countries of East Africa. Dahabshiil has grown to be the largest African money transfer business operating in 126 countries across the world, 40 of which are in Africa. It remains a business committed to its original values of trust, reliability, integrity, and customer-focus.

In addition to serving individual customers, Dahabshiil offers money transfer and banking services to businesses and international organizations, including the United Nations, World Bank, Oxfam, and Save the Children. They rely on Dahabshiil to provide payment services to their staff, contractors, government institutions, and partner NGOs. The United Nations describes Dahabshiil’s services as ‘the only safe and efficient option to transfer funds to projects’