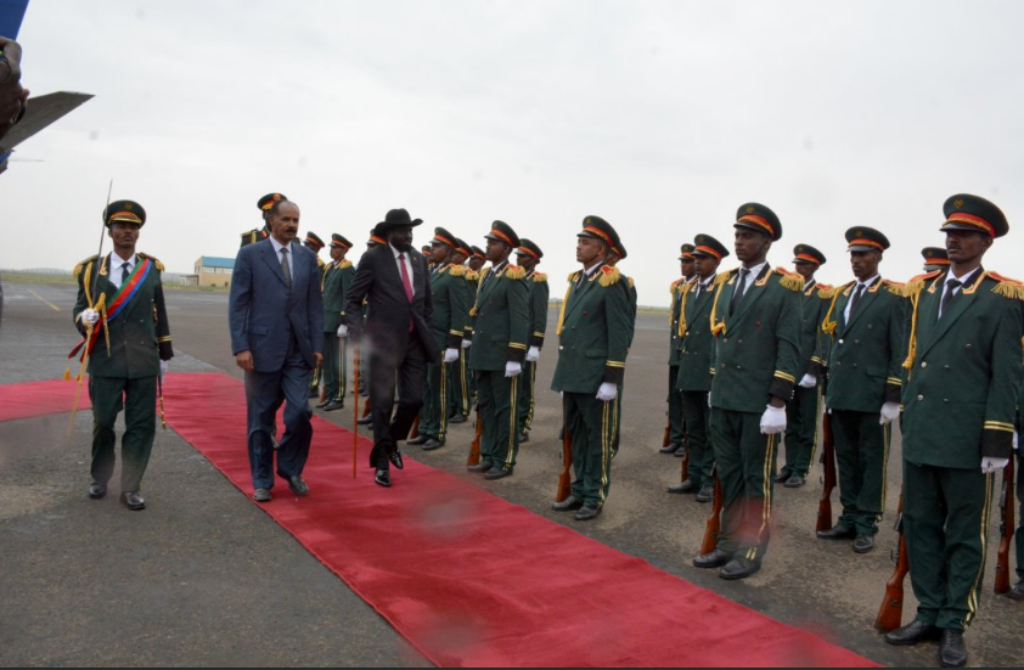 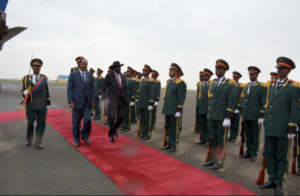 Juba, August 19, 2018 (— South Sudanese President Salva kiir and Eritrean President Isaias Afwerki have signed a secret military pact on Saturday in the Eritrean capital Asmara, a senior South Sudan’s government official who asked for complete anonymity because of the sensitivity of the issue told the South Sudan News Agency (SSNA) on Sunday in Juba.

The official who has a full knowledge of the matter explained that Kiir arrived in Asmara on Saturday and that he was accompanied by a few government officials.

“There has been a secret military agreement in the work since March this year. The President went there after President Isaias invited him,” the source said, adding, “this deal is secret, and the government does not want people to know.”

The South Sudan News Agency has learned that Kiir was accompanied by Foreign Minister Nhial Deng Nhial, Minister in the office of President Mayiik Ayii Deng, among others.

The source who declined to elaborate further on what exactly Kiir and Isaias signed also disclosed that the two leaders discussed regional issues of interests to Juba and Asmara, the ongoing conflict in South Sudan, and strengthen of bilateral relations between the two countries.