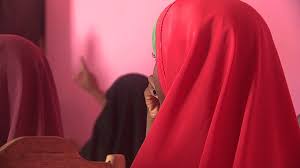 MOGADISHU, Somalia–Residents in Somalia’s central town of Gur’el have taken to the streets to protest the gang rape of a teenage girl.

The residents mobilized after a video of the attack surfaced on social media, causing outrage among Somalis.

The footage shows the men undressing the teenager, with her crying and begging them to let her go.

Carrying signage’s with words reading: “He who rapes, shouldn’t be protected”, protester who included students, mothers, community elders, religious figures called on their government to take action against the perpetrators.

So far, authorities have arrested four male suspects and are pursuing more evidence.