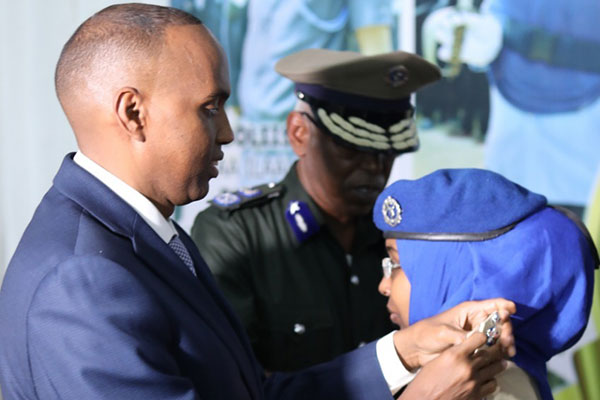 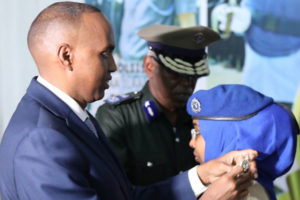 Colonel Zakia Hussen Ahmed has been promoted to the rank of a brigadier general in the Somali Police Force.

She becomes the first woman in the country’s police history to attain the rank.

Speaking during her installation on Sunday at General Kahiye Police Academy in Mogadishu, Prime Minister Hassan Ali Khayre emphasised the need to recognise the role of women in the country.

“If women are at least fifty percent of the population in Somalia, they must get what they deserve. In fact, every person should get his or her rights, otherwise we will not be able to compete with our neighbours” said PM Khayre.

“I want to encourage Somali women to stop aiming low. Instead, I would like you to focus to becoming the next president and premier in this country,” he added.

Col Zakia was on August 16 appointed by President Mohamed Abdullahi Farmajo to become deputy commander of police in a security reshuffle.

Other officers were also honoured at the ceremony.