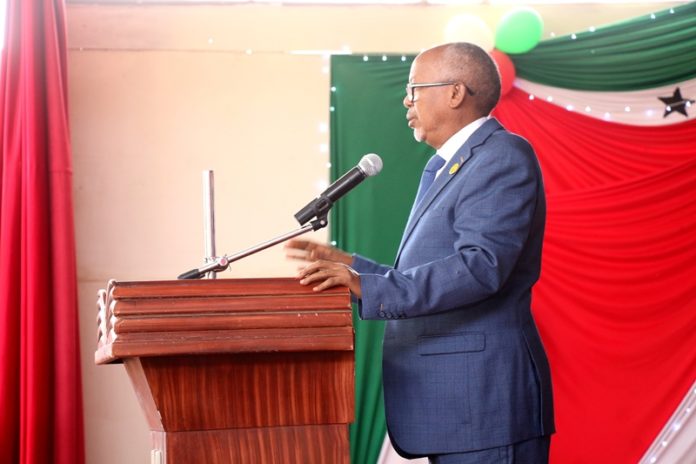 The annual Hargeisa International Book Fair (HIBF) which has since become a high profile affair was officially opened yesterday and it is expected to continue for the next five days.

The VP hailed the Hargeisa Cultural Centre for facilitating the exhibition which is the 12thHIBF always having been held in the city.

The VP took the opportunity to call upon Somalilanders to forge forward in solidarity and continue building the nation as a unit.

“We single-handedly built the nation together in solidarity through concerted efforts both morally and materially”, said the VP, and continued, “I thus urge you to add the same goodwill input by supporting each positive and similar endeavor”.

He hailed the Red Sea Foundation/Hargeisa Cultural Centre for perennially facilitating and convening the fair steadfastly hence acknowledged the importance the institution had in the fete.

He repeated the call for oneness, solidarity, unity and togetherness hence said that such was the main vessel to go forward.

He noted that the country can only achieve good results in every endeavor and reap dividends when we forge forward and develop our nation together.

He reiterated the sovereignty of Somaliland terming its independence a forgone conclusion.

The VP said that only dreamers are the ones who would for a moment think that Somaliland would re-unite with Somalia.

He advised the Mogadishu government not to indulge into Somaliland’s affairs and instead try to rebuild its own backyard.

The occasion brought together high profile guests and participants from within the country and abroad.

Coexistence was this year’s main theme of the fair. 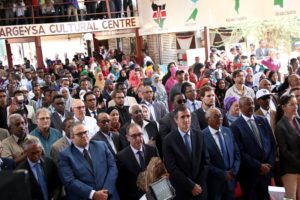 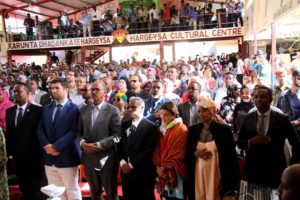