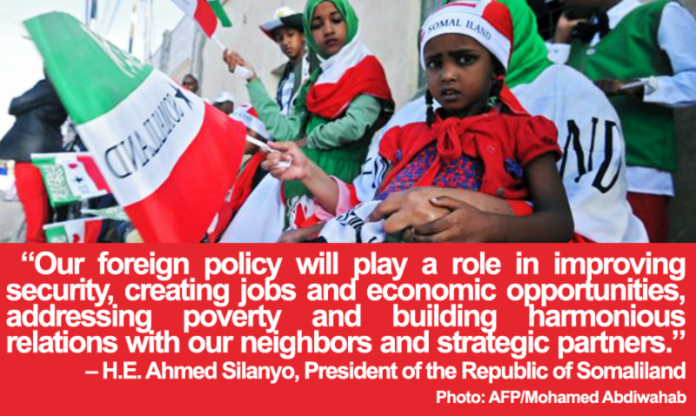 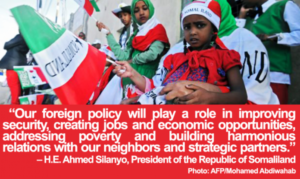 In philosophy as well as in the science of logic there has been a fundamental question about which one comes first, Existence or Thought. This question has been one of the most critical theoretical issues about life that confronted humanity in general and scholars of all-ages since Aristotle in particular. In our times too, the clarity about this issue is a pivotal point at every question concerning dynamism of life and human progress. This argument is relevant not only to the modern scope of human cognition but also constitutes a matter of urgent prerequisite for the politicians and practitioners concerning their ability to stand as pioneers for the creation of innovative ideas and new strategic thinking for change.

Historically, a new way of thinking has always been the vehicle through which humanity has crossed the borders of darkness to the age of enlightenment towards the opening of new opportunities for shaping a better future for human societies. Moreover, the universally accepted truth is that there is no thought without existence and there is no progress without scientific based world outlook.

Essentially, the Peace and State building achievements anywhere in the world had been closely connected to an objective review to the issues under consideration through the scope of scientific interpretation of history, the present as well as the future prospect of events that occur in life. In order to put this abstract issue in a simple perspective, we need to bring our attention to one practical aspect applicable to the contemporary societies. The lack of an elaborated strategic roadmap any honest effort toward socioeconomic development becomes unfeasible and unrealizable and the same is true to the foreign policy of any country in the world.

That means, with the absence of a well explained visionary theorem for the Somaliland foreign policy the reality remained a continuation of stagnancy and without progress. In fact the same material existence persisted since 2010, where structures and a number of dutiful humans of men and women with great potential competencies but without the weapon of theory to enlighten their minds regarding the road to progress and to recompense what they lacked about national foreign policy strategy.

As an outcome of this stagnancy all opportunities for gaining the ability to move forward were lost and to ascending above the day-to-day random engagements which continued in the form of appointments, meetings, visits, assignments, and even serious commitments to dealing with daily issues ended up in vain. This is because of the obscurity about national blueprint designed for the recognition strategy with short, medium and long-term arrangements, and with vibrant priorities to underline which country or group of countries, sub-region, continents ought to be set as the first, second or third priority so that to be given more attention than others. With this reality, the actual status quo remained static and motionless and whatever resources and honest efforts that had been infested in the quest for recognition the outcome largely persisted ineffective compared with the remarkable achievements that were realized over the years in the internal front.

The relationship with both the region and the world at large reached its lowest level with the Ahmed Silaanyo’s regime. A Western Scholar and friend of Somaliland told me this; ‘We don’t have anything in common to work with the Silaanyo’s government with the exception of a limited security areas, because we don’t know even with whom we can deal, and added, Adam, you should know why Somaliland is still  in lack of recognition, with all those good things you have done, and with the three best foreign ministers in the world you had, Mr. Gees, Late Facade, and lady Eden Adem, they are knowledgeable people and with high morality standards’’, he continued by saying ‘’to my opinion, it is because you did not disavow yourself and disengaged from the Somali Irredentism and the crimes committed on its terms, the Ogden war, for instance, one of the most devastating conflict in the region in centuries.

At the moment, it is already a known fact that the Somaliland foreign policy’s ability is much shorter than ever to be able to define the political and legal challenges that this country faces concerning the regional and international relations, as a result of which all practical endeavors in search of recognition have ended up with failure.

The following is a modest attempt from my point of view to envisage the space and scope of these challenges by addressing to only one fundamental issue which constitutes the key problem that stands against the self-determination and recognition of Somaliland and in a very concise manner, because the magnitude of such a critical task requires to be tasked to a group of political and legal experts in a bid to achieve a comprehensive position paper about these challenges.

The core challenge comprises of both political and legality aspects and the decisive prerequisite to be dealt with are to recognize the root cause of the Somali crisis as a concrete reality. This reality has entered into international political literature as the “Somali Question”. On this very point lies the need to sort out how the interconnection of the Greater Somalia Ideology and the entire system of the practical policies of the Somali ruling elite since the 1960s led to the disastrous regional and internal wars, and why under the plights of these wars and their consequences the Somali people in both Somalia and Somaliland are still experiencing their agonizing outcome in different levels and dimensions. There is a need to reason why Somalia has fallen into the cycle of Political Islam, foreign intervention and the apathy of the corrupt elite, while at the same time Somaliland remained in a diplomatic limbo and isolation when it has fulfilled all the requirements according to Montevideo convention of 1933 as a criterion required for statehood.

A more serious concern is the prevailing belief amongst the general public and the elite in Somalia that these predicaments came as a result of an external conspiracy alone, which is a reflection of an absolute simplicity of the layman’s daily awareness while overlooking the destructive internal factor that originated from the anti-democratic and warmonger Somali politicians. As a result of these policies, the International community’s major concerns about the peace in the Horn of African region rests in the fear from the Somali Irredentistas an ideology as well as official policy of Somalia and related the question that the peace in the Horn of African region can’t be endured so long as this ideological thinking is in place. The ‘Qalbi-Dhax’ issue in the Somalia Parliament is a case in point. The pure Ethnic based creed in politics has an unlimited common space of Similarity with the Nazism and Fascism. These policies remained the basic root cause of all those disastrous bloody events that today’s problems and predicaments emanated.

Moreover, the Somali Irredentism has different levels and scopes, but for the same allegiance and adherence. An important aspect here embodies in the reason behind the conflict between the Puntland regional state of Somalia and Somaliland. On one side stands a multi-clan based country of Somaliland, which comprises of different clans such as Issaqs, Daroods, Gadabursi, Iissas, and minority Somali clans within the bounders left behind by the European Colonialism, which is the case anywhere in Africa. And on the other side a single Somali clan-based state of Puntland, a phenomenon which is a clear representation of Somali Irredentism (Issr-raac). However, one can’t simply blame those young generations of leadership whether in Puntland or there in the Center in Mogadishu because that is what they have inherited from the older generation of the Somali politicians.

Nevertheless, the only conceivable exit out of this horrible page of the history of Irredentism and related disastrous legacy is to abandon it not only politically but also legally and morally. Such an extraordinary step would lead to new opportunities favorable for Somalis to speak to the world with contemporary language, thereafter, the argument with confidence that territorial claims on any country in this region by the side of Somaliland would constitutionally be outlawed. And maintenance of democratic Somaliland remains the only historical alternative.

The very responsibility to uncover this impasse is on the shoulders of the Ministry of the foreign relations, which its main task is to put these facts on the front of the political leadership and with crafting different options for the leadership to consider, in other words, the most urgent task to the Somaliland foreign policy designers is to sort out the best end to the desolation and disengagement of the ideology of Irredentism (Issir-raac) and in order to be clear and predictable there is an urgent need to denounce any territorial claims on any of the neighboring countries. This should have been the direction and engagement of the Ministry of the Foreign Affairs from the very outset.