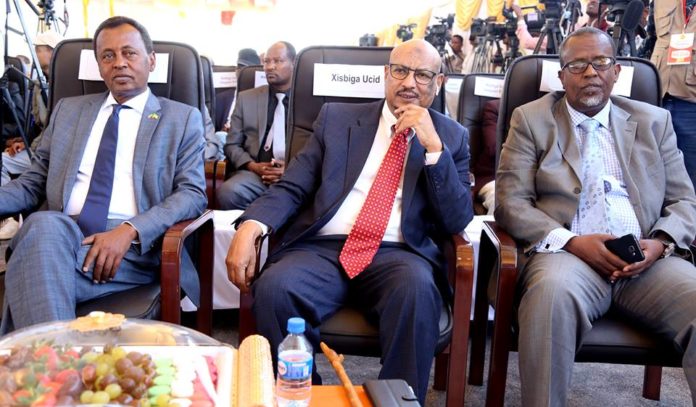 Somaliland opposition party is considering a move which will purge Mr. Mohamed Nur Arale aka Dur from the party. Duur was former interior minister during Silanyo’s administration. The chairman of Wadani’s discipline committee, Mr. Ali Ahmed aka Cantar has said that the party will issue a formal statement in which it will expel Mr. Dur from the opposition party.

The chairperson has said that the party is aware that Mr. Dur is hunting a job and is hopeful that he will be given a ministerial portfolio in the current administration led by president Musa Bihi Abdi. Mr. Cantar has further revealed that Wadani party will decide on his fate if he kept saying that he speaks on behalf of the Opposition. The attendance of Mr. Dur in the groundbreaking ceremony held for Berbera Corridor was personal and was not representing the party said the chairman. Mr. Ali further emphasized that Mr. Dur is an independent politician. Mr. Cantar has stressed that he used to be a member of the executive council but later resigned.