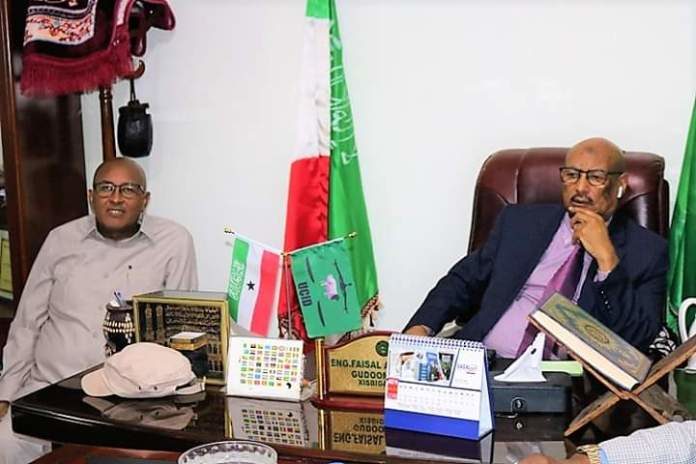 The opposition parties of WADANI and UCID have at last accepted the Head of State’s extension of leaf to thrash out differences hence remove bottlenecks to see to it that the elections that has since been in quagmires for a couple of years is duly held as soon as possible.

In their announcement to heed the call they further apologized to the members of the public for having held the elections hostage for two whole years.

The President H.E. Musa Bihi Abdi had invited the political parties a fortnight ago for a round table to see to it that they hammer out some ways and means to enable the elections being held in time.

The opposition parties had however declined the invitation citing the engagement of an ad-hoc extraordinary committee comprising of traditional elders, entrepreneurs, members of the clergy and assorted eminent personalities who took upon themselves to mediate between the administration and the opposition parties.

Both sides of the political divide have been at logger heads as per bone of contentions largely centered upon the past and present National Elections Commission (NEC) chiefs whom they (opposition) rejected.

The past commissioners have since had their tenure expired whereas a member of the new one has largely been rejected by both opposition parties.

Following the ad hoc committee’s mediation all the three official parties have accepted their verdict.

The conciliatory tone of Somaliland reconciliations in any given but delicate situations has since made a house-old name for the country which has used this system in its peace-meal pacifications to bond the country together; something unseen elsewhere in the world.

This traditional home-made disagreeing to agreeing age-old heritage as cause to charter people’s future is Somaliland’s brand of politics cherished by foreign governments and heavyweight political pundits of international stature.

Following the new gesture of being serious to work for the people it is expected that the president will lead the way to see to it that the electioneering processes would go on without qualms.