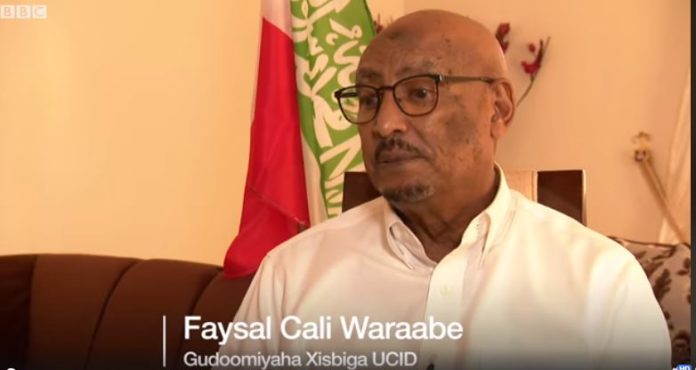 The chairman of Justice and Welfare party has accused president of Somaliland of verbally assaulting him. Faisal Ali Warabe made the confirmation of speculations in an interview he gave ton BBC Somali yesterday. He said that he was insulted by President Bihi on the 26th December while at the presidential palace and was supposed to meet with him. The meeting was supposed that the president and the political parties find a lasting resolution to end the NEC impasse and to reach a common understanding of implementing the resolution passed by the council of mediation. This is a quote from Faisal’s statement he gave to the BBC Somali, “In an interview with the BBC Somali Faisal A. Warabe, accused president #Bihi of violence “The President assaulted me at his office [during a meeting at 26 Dec. 2019]. He threw a bottle at me and moved to my direction to hit me. He also insulted my mother.”