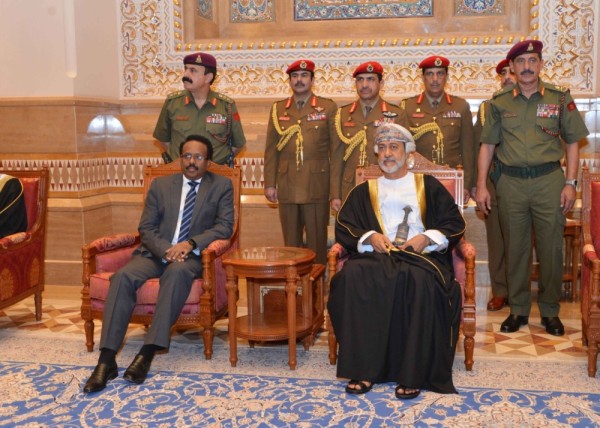 Muscat–The newly crowned Oman leader His Majesty Sultan Haitham Bin Tariq Al Said, received the president of the republic of Somalia and his accompanying delegation at Al Alam Palace. The Somali President flew to Oman so as to offer condolences on the demise of his majesty Sultan Qaboos bin Said. President Mohamed Abdilahi Farmajo expressed his sincere condolences to the deceased. His Majesty new Sultan Haitham thanked the Somali president and his delegation.